The Tyranny of Awesome

I don't often wax philosophic on my blog, but I had a thought today and I thought that I'd take a crack at expressing it to the group.

Awesome is a burden.  It's a tyrant.  It's a ravenous monster that can NEVER be satisfied.

I was watching WANTED today.  I TIVO'd it yesterday and I decided to check it out today.  The intro was kinda cool and I thought I'd see where it went...

Well, it went somewhere I don't want to go.

I was just watching it, as a viewer, and I found it to be... exhausting.  Then I started thinking about it like it was an adventure and I was the GM.  Wow, what a trap this movie would be to fall in.

You see, all the main characters are assassins.  They are literally superhuman in everything they do.  Heck, they can even "curve bullets" and shoot around corners.  (Don't know how they do that, I turned it off before I found out.)

As a GM, I found myself thinking, "What would I challenge these characters with?"  I'd have to come up with Übervillains that had the same kinds of abilities as the heroes so that they would have a fighting chance against them.

Think about all the constraints on play that these characters have forced.  Something as simple as a conflict with a "normal guy" has no impact on them at all.  In WANTED, Fox, Angelina Jolie's character starts talking about "your dad was one of the greatest assassins..." RIGHT IN FRONT OF A PHARMACIST.  Then she goes about shooting up the whole store.  Those normal people?  Who cares. They can't touch us.  We're so far above them.

How do you effectively deal with that?  Another example...

It's like Pokemon.  (I don't play, so if I've got this all wrong let me know)  In Pokemon, all the stats seem to be in multiples of 10. 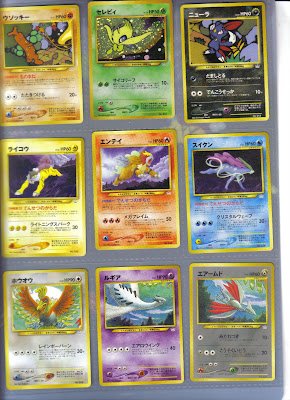 Why not use single digits?  Probably because "1" just isn't enough.  Gotta be "10"  Problem is, its just MORE.  10 is still a low stat in Pokemon, right?  The numbers are just 10x bigger.  SO WHAT?
Anyway, the adventures that I enjoy, the ones that are memorable aren't the ones where the big, bad hero that can do everything kicks the crap out of the big, bad villain that can do everything too.
It's the one where the little guy triumphs against the odds and was clever doing so.
When I think of stories and adventures, I think Frodo or Bilbo, Indiana Jones, Malcolm Reynolds, Harry Potter or Luke Skywalker.
I don't think Superman.  Superman is just MORE.  The Foo Fighters have it right --

Don't know how they do that, I turned it off before I found out.

That's unfortunate... it ends better than it starts.

But I rather think the point of Wanted is to say much what you are saying... that awesome doesn't fix anything. The protagonist still gets pushed around, still has to operate in comparative ignorance, still has father issues, romantic problems and so forth.

Ugh, it's like the message of the Y generation is "apparently cool or interesting or important people still have lame problems and shitty lives".

What a wretched decade of entertainment we've endured.
~V~

Seems to me that pretty much from the beginning D&D player characters have been "so far above the normal man" they could do what they want, also. At least at higher levels.

Yu-Gi-OH card game stats run to the thousands. And pinball machine scores are in the millions ...

@Roger -- I've always thought that pinball machine scores were WAAAY too large for common sense. Seemed like a "numbers arms race" when I was a kid.

I totally agree with you. If the hero can do anything and there is no threat of failure, then what's the point? I've noticed the same thing specifically with D&D. I've played all editions and found that as time goes on the numbers and bonuses just continue to pile up Someone had used the term "numbers arms race" in an earlier comment and that's exactly how it is in a lot of games it seems.