In the Phoenix area, we only had one game store participating in Free RPG Day.  That store is Imperial Outpost Games (their website is still under construction.) 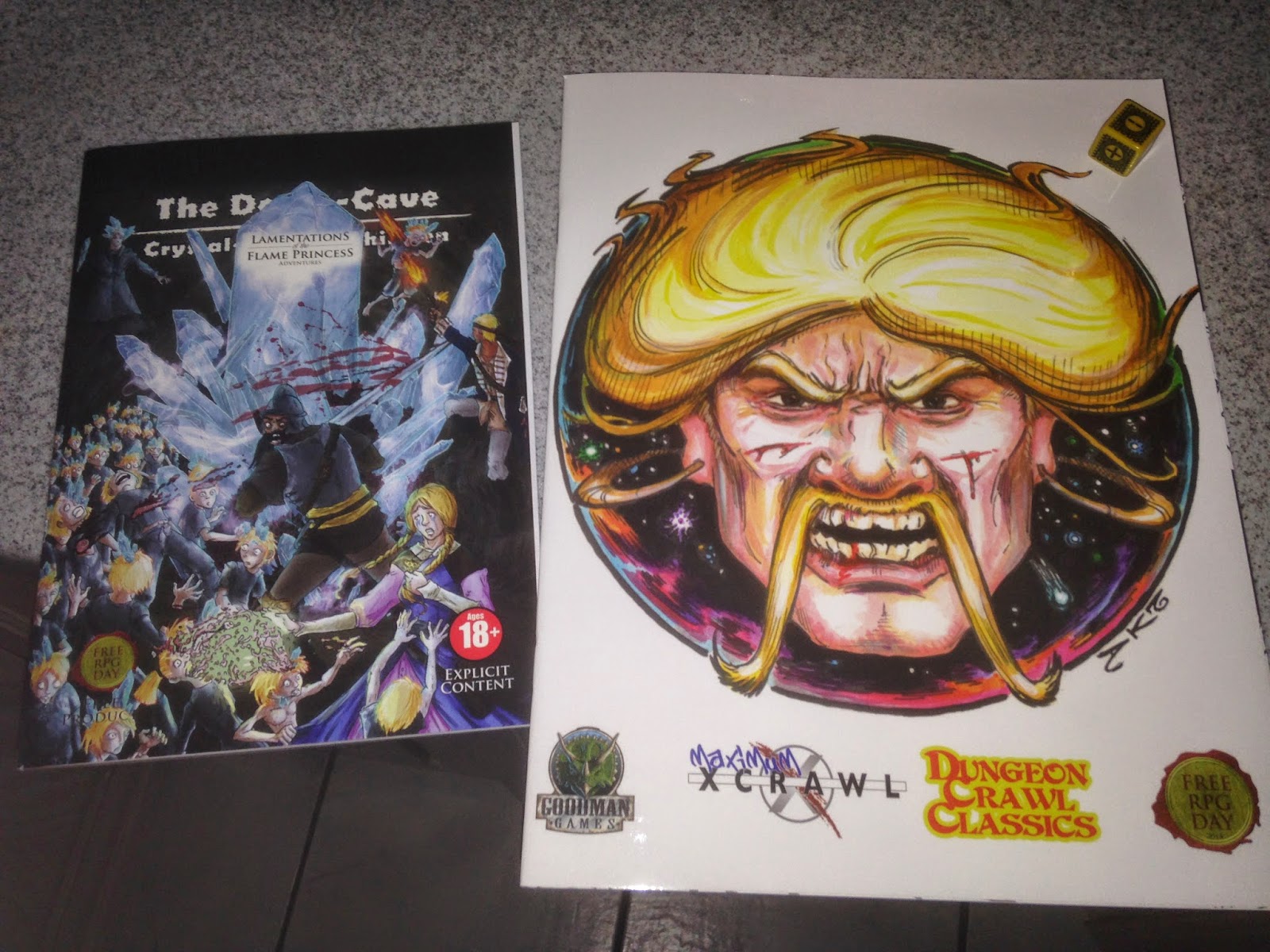 Raggi did a very creative job with his "Doom Cave" adventure.  I like his attitude.  I wish I could pull that off myself sometimes.  :)

The DCC Adventure has cool maps.  I only skimmed it.  I had to finish my "honey do's" and choices have to be made.  :)

And a cool Fudge die.

To thank them for their participation, I made a purchase of a couple of larger Bones figures.  An eldritch horror and a faceless monster?  They're cool.

Thank you Imperial Outpost.  I'll be back!

Months ago, I posted about the value of rust monsters.  I don't have any, so I decided I'd make some.  :)

Using a hand drill, I made some holes in their shoulders.  I know that "real" rust monsters have feelers on their faces.  I didn't want to ruin the faces, so I went with more of a "displacer beast" mode, where the feelers are tentacles growing out of the shoulders.

I used 2-part epoxy to hold the copper wire in.  Then I used epoxy putty to make their tail.  I also wanted each one to look differently, so I added some embellishments to their armor.

I made loops on the ends of their feelers/tentacles and formed some putty around them.

When they are dry, I spray painted them black then dry brushed them with rusty orange.  Yellow highlights finished them off.

This guy isn't going to have armor and weapons for very long...

Hat tip to Simon J. Hogwood for the idea.  Here are some more fantastic Otusian helms -- 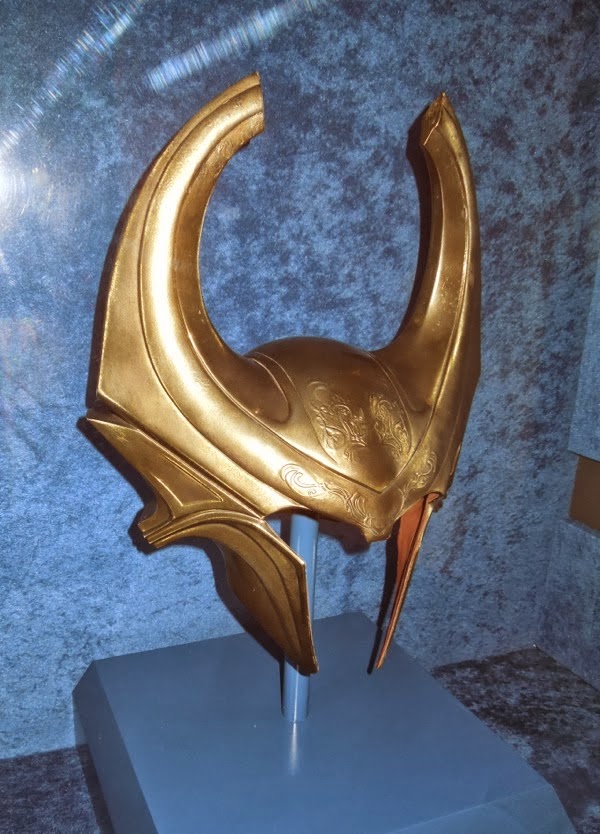 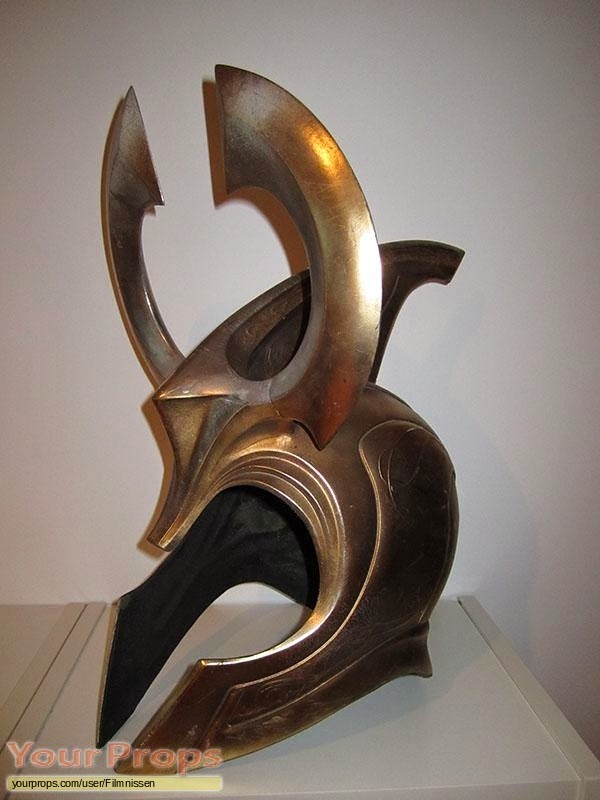 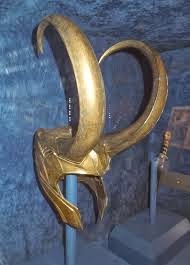 Email ThisBlogThis!Share to TwitterShare to FacebookShare to Pinterest
Labels: erolotus

What if Erol Otus was a Costume Designer?

Those of you who love Erol Otus's work as much as I do, must have a sincere appreciation for his helmet work.  They are iconic, heavy, and downright cool.  Here are couple quick examples -- 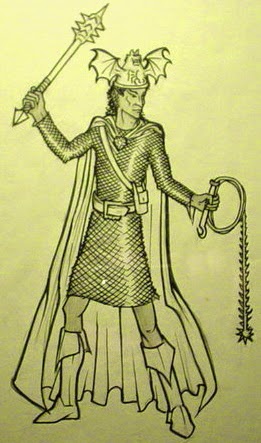 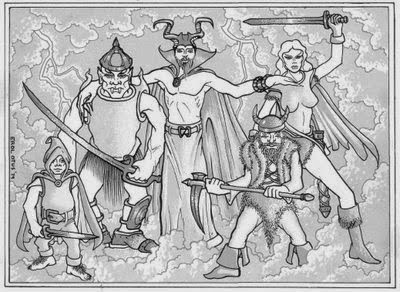 As Johnny Carson might say, "That's weird and wonderful stuff."

I was watching "Conan the Barbarian" (the original one with Arnold) when I realized that the bad guy's helmets are totally Otusian (is that a word?  It should be.) 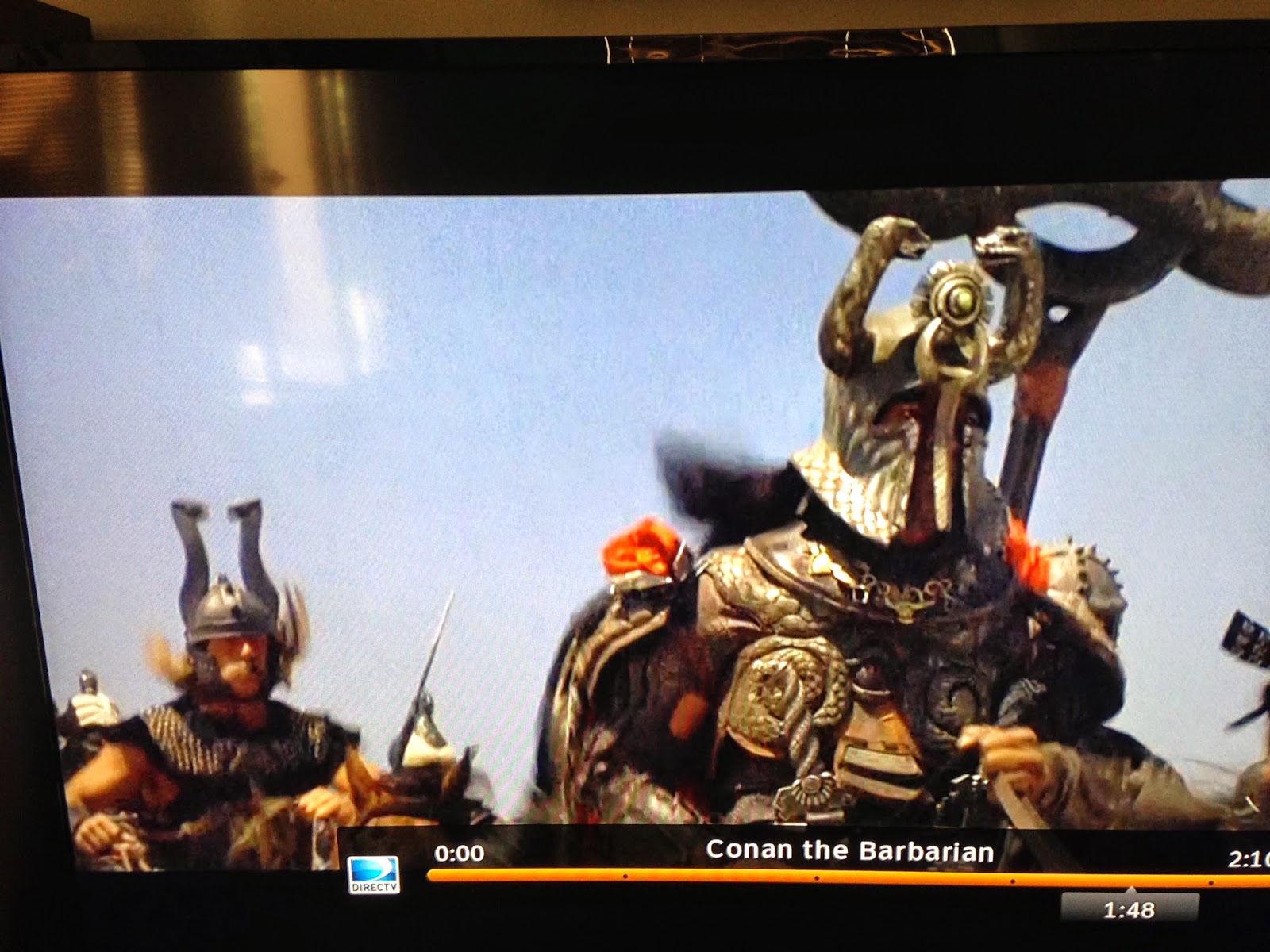 Any other examples from movies out there?

Email ThisBlogThis!Share to TwitterShare to FacebookShare to Pinterest
Labels: erolotus

I'm posting this because I dig the art and I think the idea is kind of cool.  I'm a big fan of using random cards at the table.  Just look in the sidebar to the right and you'll see some of my card decks.

There's a Kickstarter out there for a deck of cards with tricks and traps.  Click this link to see it.

I think it looks pretty cool.  Here are a couple of sample cards.  The random dice (as I understand it) will be actually random when the deck goes to press. 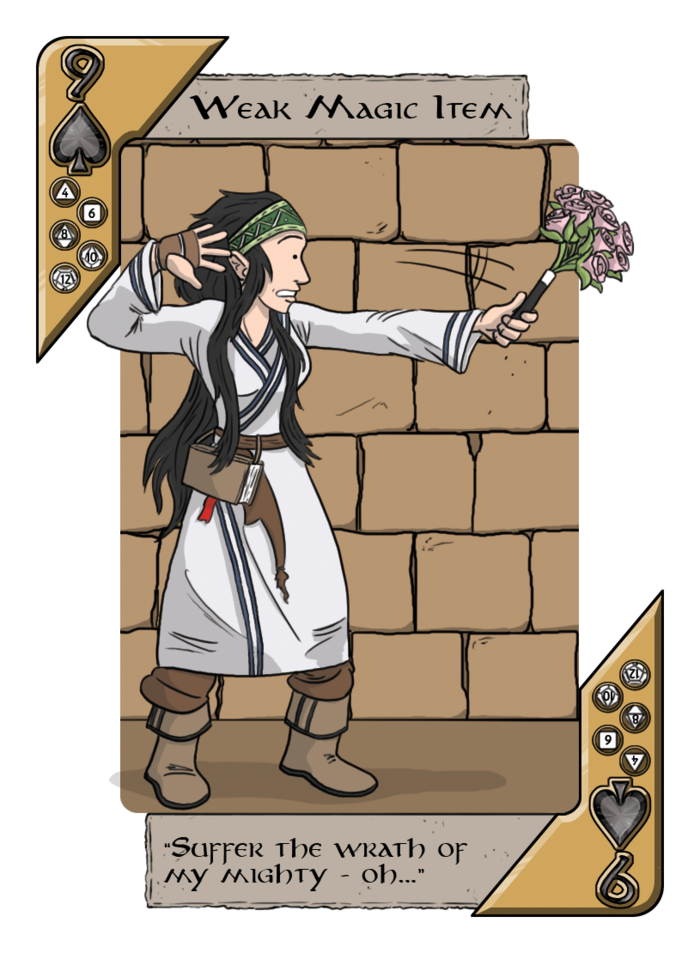 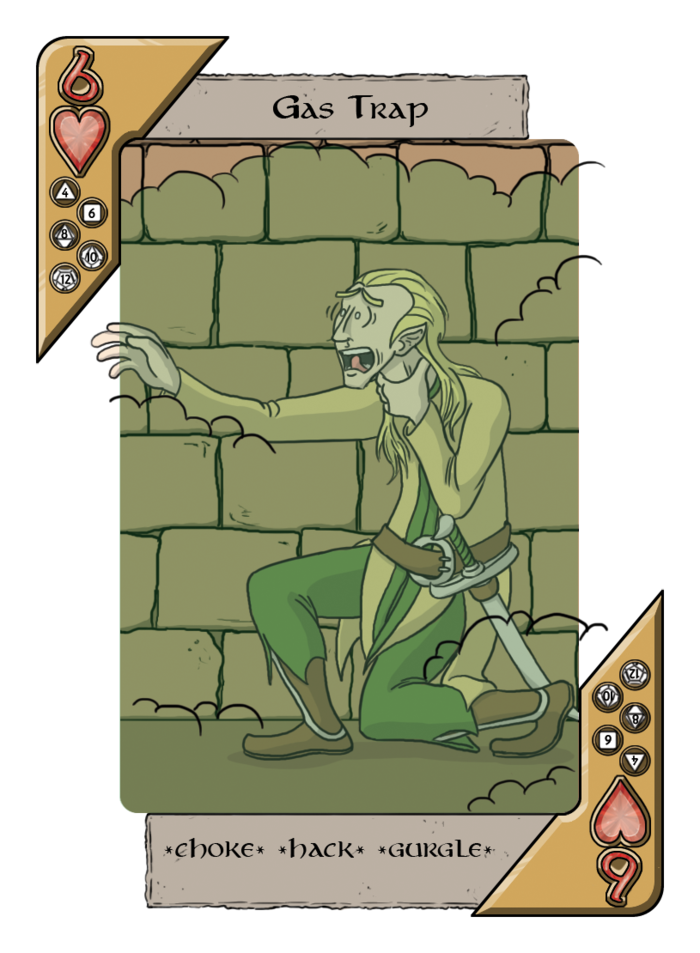 If cards and traps and tricks are your kind of thing, take a look at the KS.

More pictures at the link!