I love minis.  I love using them for combat.

I have two 3D dungeon maps that I've designed and built from scratch.  One is grey with hexes and one is brown with squares.

I don't use them all the time, but I do use my battlemat which I also made myself (like this).

I have lead/pewter minis that I have painted.  I have minis I've made out of Sculpey.  I have LOADS of MageKnight minis that I bought off eBay and I have a lot of D&D prepaints that I purchased from Mini Market.

As great as all of that is, I love finding "minis" at the dollar store, Big Lots or party store.  I'm old school and if it's about the right size; prepare to meet it in battle!

Here are some of my latest acquisitions.  I think they are great and I'm looking forward to throwing them at my players!  Prepare for TPK! 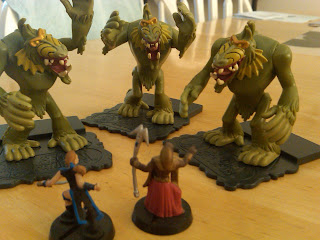 These guys are called "Biloko" and are from the Secret Saturdays Cartoon.  They are awesome giant apes or mutant baboons or somesuch.  I see them as guardians of some forgotten temple... 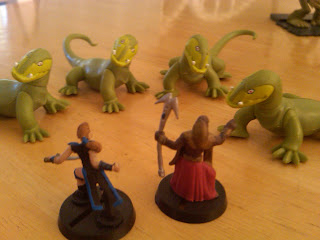 Some sort of basilisk or iguana also from Secret Saturdays 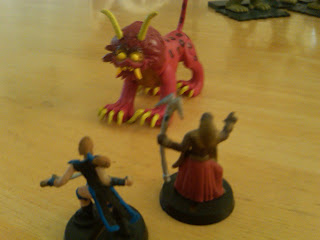 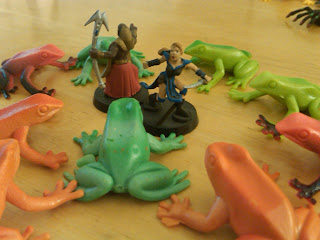 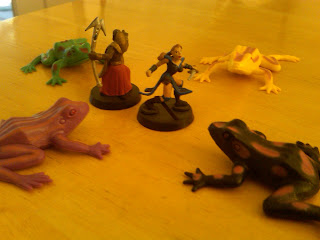 Temple of the Frog anyone?  These were $0.25 each at the party store 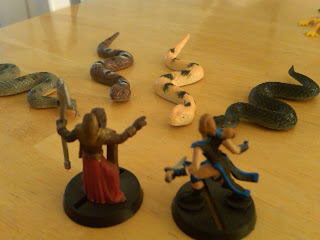 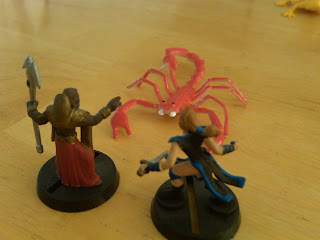 One quarter -- venom included.  Save vs. death please... 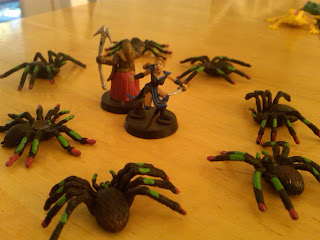 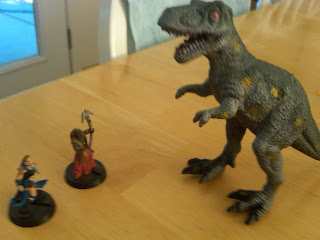 I'm thinking about taking the "source code" from the S&W Monster book and mashing it up a bit.

These are my ideas:

Does this interest anyone?

This morning, I was driving out to Queen Creek, AZ to have breakfast with my mom.  I live in Mesa, AZ and it's about 26 miles or so one way there.

About midway through my journey, since my wife wasn't along for the ride, I turned on the radio.  I began listening to "Weekend Edition - Sunday" on my local NPR station.  That's when fate decided to let me in on a couple of important ideas.

I heard the tail end of one story and the entirety of a second before I arrived at the restaurant.

During this brief period, I heard two quotes from the stories that made me think about sandbox play.

I've transcribed those quotes for you below.  I hope they resonate with you as much as they did with me.

"The thing that makes these films work for us when we do them...  we start off and its like walking into a dark woods.  You have no idea what you're really gonna find or whether there will even be a story.   You're really in the hands of the gods and the surprises for us were so much a part of what make the film.  That if you had to make one of these films and it all worked out perfectly you'd really be disappointed."

-- Don Pennebaker on his documentary film, "Kings of Pastry"
http://www.npr.org/templates/story/story.php?storyId=129970027

"When I'm composing, I don't really think about how other people will receive the work.  I hope my music has meaning for people and takes them to a place that otherwise they could not go."

I'm always looking for new ways to add personality to my NPCs.

Yesterday, I was digging through some boxes and I found this strange d12.  Instead of numbers, its marked with the twelve astrological signs.  You can use a d12 if you don't have one of these funky dice! :) 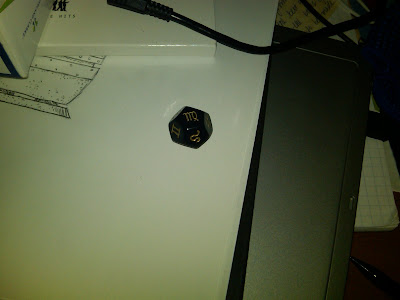 This immediately got me thinking.  How could I use astrology concepts to randomly assign personality traits to NPCs?
I started Googling and I found a number of sites that had info about the astrological signs on them.
I created a chart and you can download it in the Files Section to the right if you are interested.
Here's a snippet:

Let me know if its at all helpful to you!

According to Trey over at The Sorcerer's Skull, I've achieved the level of "Thinker" in the blogging community.

I've never been prouder.  Thanks to you all!

One of my favorite bloggers, Jeff Reints, talks about using "Big Red" to randomly determine various outcomes behind his DM Screen.

I too, roll a lot of d6's to determine many different things.  Sometimes I adjudicate "odds" in my head; other times the chances of success and failure are well known or are found on a simple chart.

This weekend, I found an app for my iPad called "Make Dice" that allows you to create custom d6's.  It's awesome and it's 99 cents.

Here are some screen shots.  They speak for themselves. 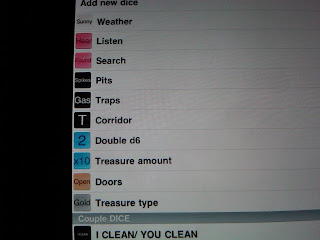 Here's a list of some of the dice I created 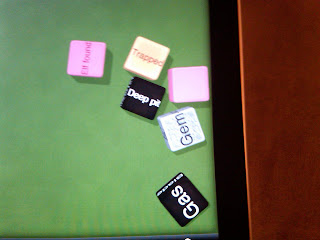 A random roll of the dice... 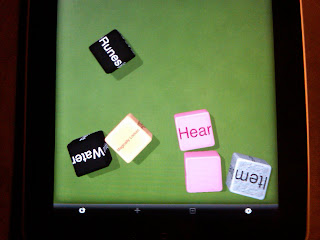 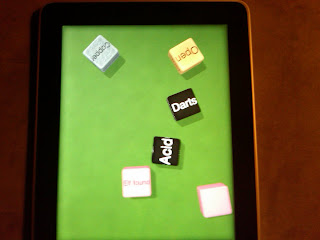 I've been playing a bit of 4e recently (a friend is DMing) and 4e has has monsters and opponents that get advantages or gain tactics when "bloodied" (half HPs).

That got me thinking...

What about tracking "hits" instead of HPs and what if that tracking was on a "letter track" of "hits to kill" (the old HTK)?

One letter on the track would equal "one hit".  You would mark through a letter with a slash for a "half-hit" and turn it into an X when it was a full hit.

As the monster or opponent moves through it's damage track, certain powers or abilities could unlock or happen automatically.  You could vary the quantity of the letters giving broad or narrow windows for use of special abilities or tactics.

Here's an example of this idea using a few familiar monsters:

Flesh Golem (I just grabbed the 1st Ed MM off the shelf; p. 48)
HTK: AABBBCCD  (the MM says 40 hps, so 8 letters)
[B] Frenzied Smash: any target successfully hit by the golem must save or be knocked down
[C] Berserk: +2 to hit and -2 to AC.  Will attack targets randomly.