I love random tables. I believe in the oracular power of the dice. I believe in emergent storytelling and character backstories that derive from the first few levels of play.

My preferred mode of GMing is a skeletal adventure, with some meaty bits available (that I've thought up and jotted down), and then you see where the PCs go.

Moreover, I'm a "tangible" GM. I like minis. I like props. I like item cards and battlemaps. I've always experimented with making "stuff" to enhance my game.

I ran "Theater of the Mind" as a teen, and while it is a completely valid and enjoyable way to run a game, it is not my preferred mode.

As a result, I've really started to enjoy Midjourney as an inspiration engine.

CAVEAT: I don't believe that Midjourney is a suitable replacement for genuine art. I support artists. Several of my friends are talented artists. My sister is a talented artist.

But, if you don't know where you want to set your next adventurer, or if you need a scene or backdrop that is unique and evocative, Midjourney can help.

For example, here's a prompt --

Here's the result I received from Midjourney

You can pick one or more of them and ask the bot to make it bigger. I'll choose #1 in the upper left.

You can also ask for more variants based upon one of the pictures.  I'll choose #4 in the lower right.

Here's the larger version of #1

It's pretty great. I could share this with my players and, in addition to my descriptions, they'd have a pretty good sense of the elven village by the river.

Here are the variants the bot prepared.

The one in the lower right looks interesting, I'll blow it up.  Upper right too.

My biggest epiphany is that if you want something specific -- hire an artist.  If you're open to being surprised and inspired, Midjourney can give you fodder for your imagination.

So there you have it.  I could use those two pictures, coupled with my descriptions, to set the tone.

The pictures themselves suggest places the characters could visit and they present me with potential options for adventure.

When the PCs visit this elven community, in the shadow of a dark (and possibly dangerous mountain) they'll have a better visualization of it.

Anyway, I had a thought that I might assemble a series of blog posts where I ruminate upon my favorite bits of the OSR and Old School gaming.  Full Disclaimer: YMMV.  These are my thoughts alone.  I'm not looking to pick a fight, just try to assemble a "comprehensive" list of the favorite bits and tools and resources that I would use in an ideal campaign.

To me, ideal means a campaign that is fully assembled -- not plotted or heavily structured -- but a campaign where all the pieces are organized (as much as possible) so the GM has all their resources at their fingertips.

Here's a starter list of all the things I'd like to identify as resources.  This list is under construction.  As posts are added, they will be hyperlinked here.

So that's where I'll start.  I hope you enjoy the series. 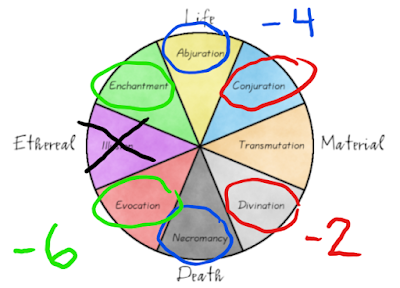 This feature is LEGENDARY in the infamous S1 Tomb of Horrors by Gary Gygax.  Now you can print (a version of) it for your own game.  Derived from OpenForge, it is compatible with Dwarven Forge and other tabletop tile systems. 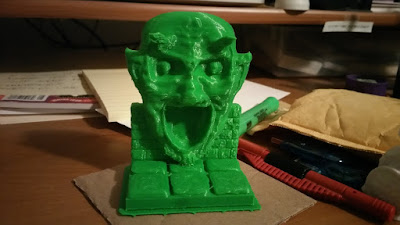 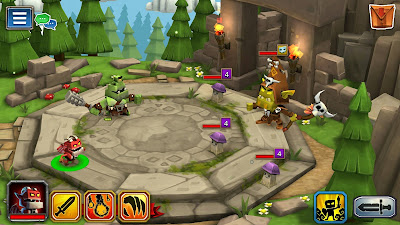