Spells from the Past

I woke up this morning and I found myself thinking about some of the magical spells that my players and I made up for my game world, years and years ago.

The one that popped into my head was Agathon's Arcane Arbalest.

I decided to search my computer's HD to see if I still had an electronic copy.  Yup.  There it was.

It was soooo old that my OS didn't recognize it, but I forced TextEdit to open it and I got somewhat garbled but totally usable text.

That wasn't the best part.

I looked at the Creation Date on the file -- December 11, 1989.  Seriously.  Almost EXACTLY 24 years ago today, I typed this little beauty up on my Mac.  Wow.  That is extremely eerie and cool.

Presented without (much) editing and without any regard to play balance, here is Agathon's Arcane Arbalest.  (IIRC the spell was much used but not terribly destabilizing in my game.  Folks typically loaded it with Magic Missiles.)

PS: I have a couple other spells with the same creation date that I will be posting over the next couple of days. 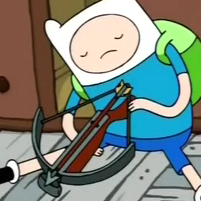 Level: 3
Range: 0
Components: VSM
Duration: Until dispelled or discharged†
Casting Time: 1 Turn (plus CT of stored spells)
Area of Effect: Caster†
Save:  None†

The spell creates an extra dimensional device for the indefinite storage and release of spell energies.

The wizard must first cast this spell, then within one turn thereafter, must cast up to three additional first level spells, which will be stored by the dweomer.  The wizard must set the order in which the spells will be released when casting the Arbalest.

Once the Arcane Arbalest has been energized, it will remain potent for an indefinite period of time.  A Dispel Magic cast upon the wizard has a normal chance to dissipate the Arbalest.

Only a single Arcane Arbalest can be in existence at any given time for any wizard.  Any wizard with an active Arcane Arbalest spell will have one less 3rd level spell slot at their disposal.  It is effectively "filled" and in use.

In lieu of casting a spell during any combat round, the wizard can choose a target(s) and activate the Arcane Arbalest.  That round, and every round thereafter, (until the Arbalest is exhausted) the Arcane Arbalest will discharge its stored spells in order at the chosen target(s), with NO action necessary on the part of the mage.  Should the wizard decide to change target(s), it can be done in lieu of casting a spell during a round (this can be done before the Arbalest discharges that round.)

The material component of the spell is tiny, fully functional, crossbow made of the finest materials and three small diamonds; all placed within a small pouch woven of phase spider silk.  This should cost at least 5,000 GP, but its final cost is left to be determined by the GM.  The component is not consumed by the casting.

NOTE:  Should the Arbalest slay the target(s) while it still retains spell energy, it WILL continue to discharge the remaining spells into the corpse, unless the target is changed.

† The spells held within the Arbalest use their own Duration, Area of Effect and Save rules.

Nice. I love going through old disks and finding treasures like this.