[CotMA] Battle with the Circus of the Damned

So three adventurers had been geased to retrieve the Rod of the Skygem for the Ringmaster.  Kalen had been asked by Bachontoi to retrieve it for him.

This setup a conflict.

Using commune with Bachontoi, Morgrim determined that battle with the Ringmaster was the only way to break the geas without giving the Rod away.

Bachontoi was willing to go along and turned himself into a donkey to sneak into the Ringmaster's pocket dimension.

The Ringmaster and his clowns, freaks, witch and drago-phant (part elephant/part dragon -- called Dumbo) were ready upon their arrival. 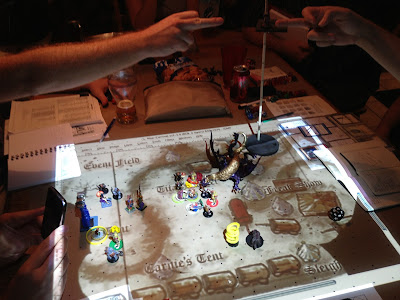 The battle took a long time but eventually the adventurers were triumphant.  I'll share some random tidbits about this photo for those of you who are interested.  :) 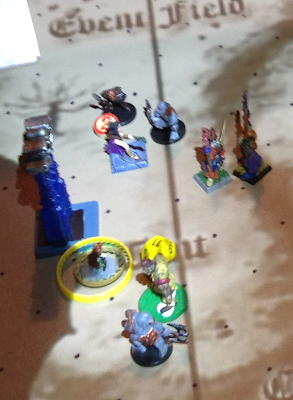 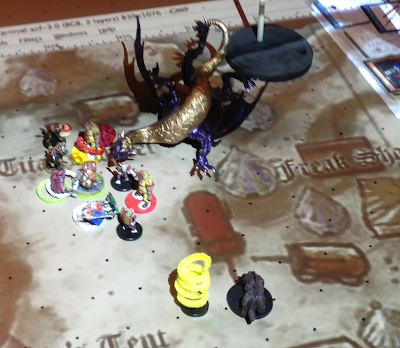 Email ThisBlogThis!Share to TwitterShare to FacebookShare to Pinterest
Labels: cotma