Months ago, I posted about the value of rust monsters.  I don't have any, so I decided I'd make some.  :) 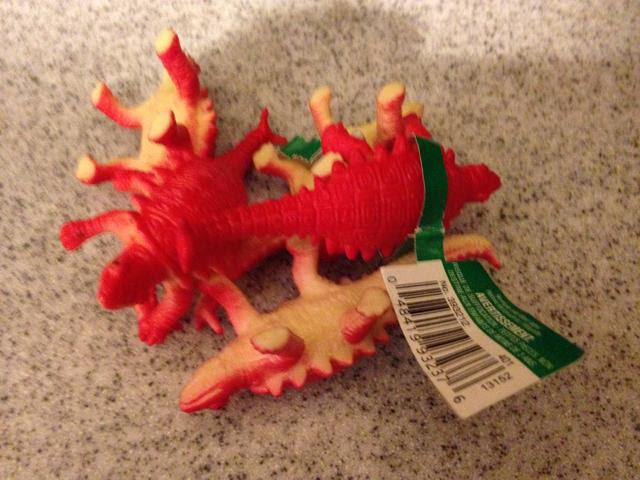 Using a hand drill, I made some holes in their shoulders.  I know that "real" rust monsters have feelers on their faces.  I didn't want to ruin the faces, so I went with more of a "displacer beast" mode, where the feelers are tentacles growing out of the shoulders. 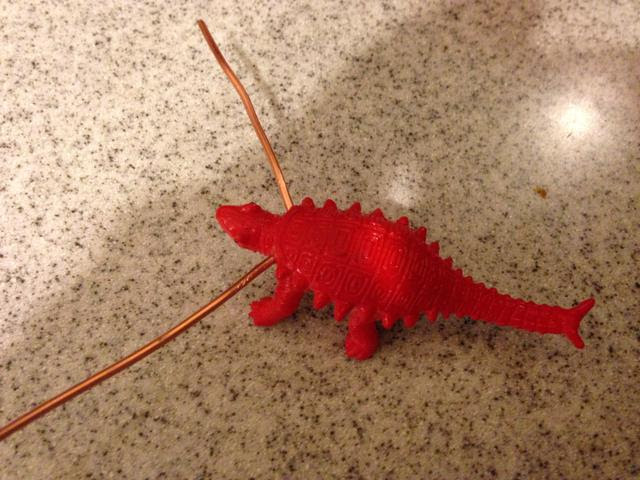 I used 2-part epoxy to hold the copper wire in.  Then I used epoxy putty to make their tail.  I also wanted each one to look differently, so I added some embellishments to their armor. 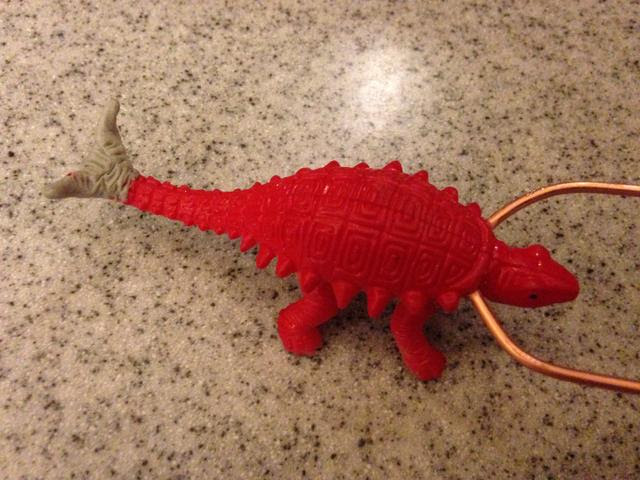 I made loops on the ends of their feelers/tentacles and formed some putty around them. 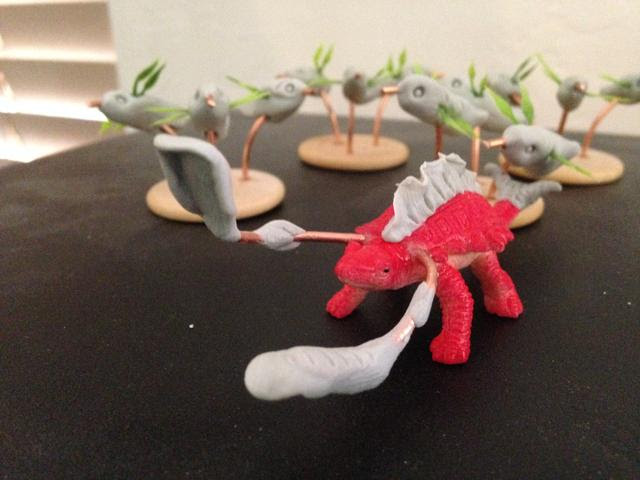 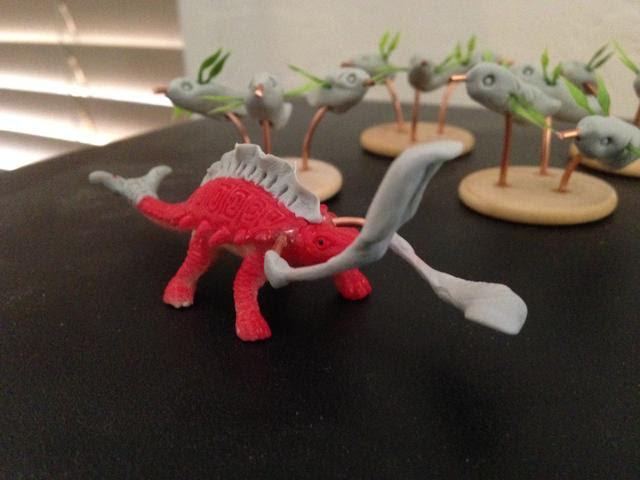 When they are dry, I spray painted them black then dry brushed them with rusty orange.  Yellow highlights finished them off. 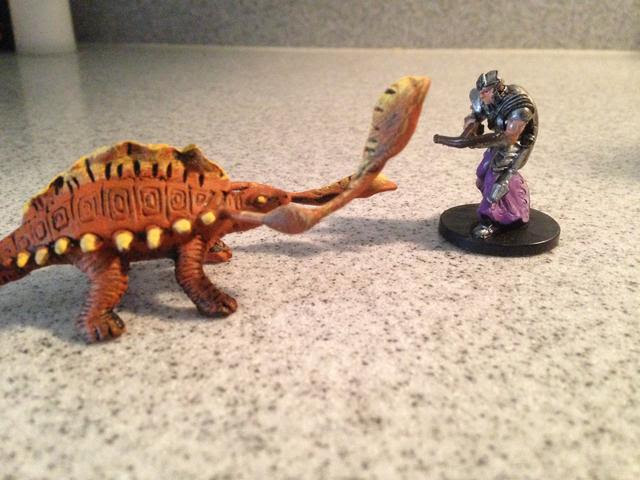 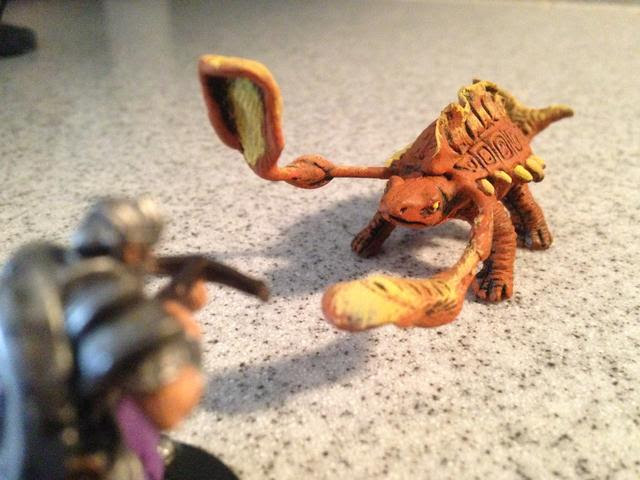 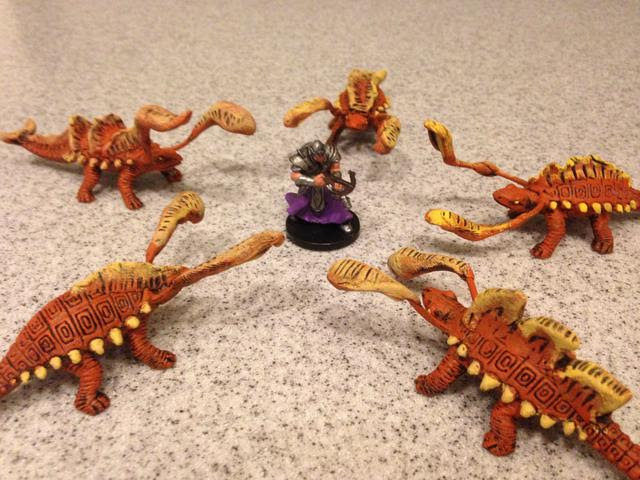 This guy isn't going to have armor and weapons for very long... 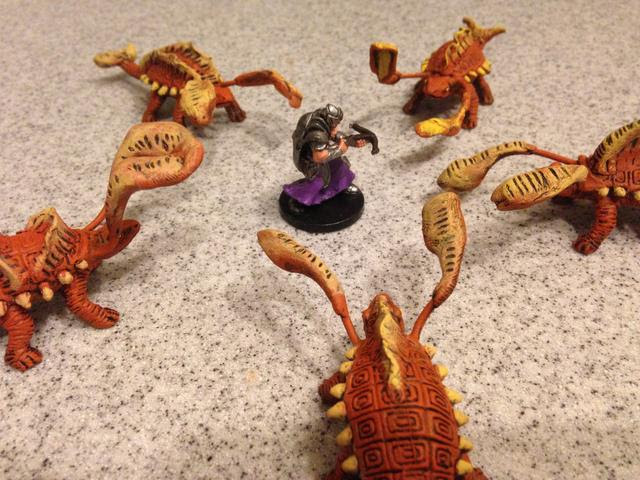 Very clever! And they ended up looking very good.

Brilliant conversions, I love them (especially as they are so cheap).

@Desert Scribe -- Thanks!
@Springinsfeld -- Thanks! I tried to make them all unique.

I thought this was a great post so I added a link to it in my Best Reads of the Week! series. I hope you don't mind!