Player vs. DM -- What I Want from the Dice

My friends sometimes tell me that I'm a philosopher.  Sometimes I fancy myself one, but I'm not a philosopher that plumbs the great depths of the human soul.  I tend to believe that most philosophical issues (that I'm interested in) have a relatively straightforward resolution/analysis/system/etc.

What am I babbling about?  Well, when I philosophize, I tend to want to simplify as well.

One page of paper is my mantra (preferably one side of the sheet).  So here's a simple epiphany that I had today:


Although we are playing the same game, players and DMs want very different things from the random elements in the game.

It occurred to me today that when I DM a game, I want one particular thing from the dice --

RANDOMNESS.  Fickle, unpredictable, unexpected random results.  Let the dice fall where they may.  Chance is so much better than pre-planning.  With chance, I get to explore my world with the players.  If I write it all up in advance, its a re-hash for me, no matter how exciting I think it is.

When I'm a player in a game, I want something a bit different.  I want SOME PREDICTABILITY or at least some measure of control.  When I really, really want to do something really, really bad, I'd like to take a little bit of the randomness away.   I mean, it sucks when you roleplay a scene, you belt out a grand soliloquy to your deity and then you roll a "1" on your attack/save/damage/whatever.  That sucks.  Totally takes the wind out of your sails.  :( 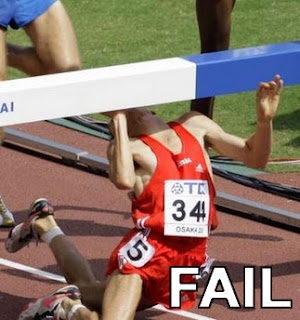 I don't think that any rational player wants everything to be a "sure thing".  That would be BORING.  Its just at those critical moments, those moments that you are really hoping for, you'd like a little more "destiny" built into the roll.  Guaranteed?  Not for me.  The scales tipped a bit?  Yep.

It seems to me that these two ideas are not incompatible.  I don't want the players to become co-DM with me.  I don't really want them having too much narrative control, but when they are roleplaying and when they are really committed to a particular action -- what's wrong with giving them a bit of a bonus?

I'm thinking I might implement something like Eberron's Hero Points or FATE 2.0's Aspects -- something that allows players to tone down the fickle swings of fate every once in awhile.  I don't want them tampering with my villains/monsters directly, but I think bonuses that apply to their character would be an OK thing.

I have to agree, when you're in the heat of the moment, when the game is really getting interesting, and suddenly one of your players comes up with an idea that that even suprises the DM with it's awesomeness, it sucks to see the moment fall apart because of a bad dice roll. Then again some of those moments with such an epic fail.....can be turned around into some crazy, yet memorable results, not always but sometimes. Really depends on the situation, but I agree that the player coming up with such great actions should get a decent shot of succeding.

I am still a fan of let the dice fall where they may and take the result that is thrown without any special consideration. I know in the heat of things players and GM would like it to work out, but some of the best twists come from the failures. Since I am a player way more than GM I know I prefer to see my success come from good ideas and a little luck.

That is fine for "heroic" mode. In "gritty" or "dark comedy" mode, the anticlimactic 1 is perfectly in keeping with the source works of Dunsany, Clark Ashton Smith and Jack Vance among others.

This is from page 19 of Sorcerer by Ron Edwards, with the bonuses adapted to a D&D-type scale. Sorcerer codifies exactly this premise: For the moments that matter, you can increase your chances of success by enriching the game fiction for everyone with good role-playing:

The bonuses are cumulative, and the GM is encouraged to remember these bonuses whenever the other players are wowed by the creative flair of a player's attempted action.

†: Sorcerer actually assigns a penalty for announcing your action so generically, but since D&D isn't so focused on story now, I consider any creative narration to be additive.

@Stonewerks -- sometimes its nice to have a little edge.

@Tim -- I agree. It makes the successes that much more sweet. I guess, as a DM, I'm just personally OK with a little fudging by the players (a little!) and so that's where this epiphany comes from. No DM fudging/random outcomes along with some minor "heroic" fudging at times from players is my style.

@Gaptooth -- I appreciate the tip. I think I may have a copy of Sorcerer... I'll look for it.