Here are the other three markers I've completed.  I like the way they've turned out.  I might fiddle a bit by adding rubble to a couple of the bases.  I have one more angel to do, then I'll be done. 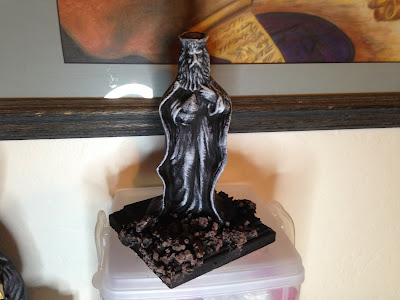 When I see this one, I think of an "ancient depiction" of the Emperor. 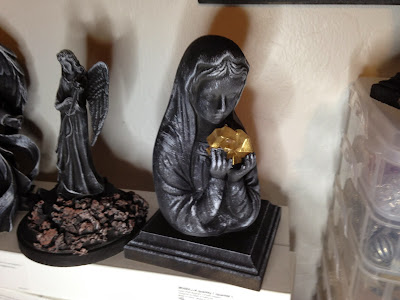 A saint or angel gazing into a golden "power crystal."  Probably an atomic reactor in Warhammer 40k. 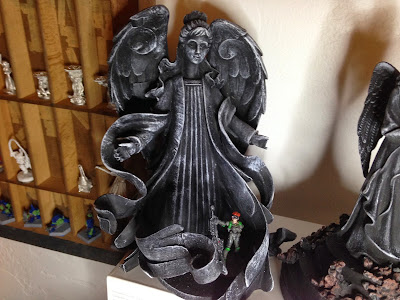 I love the scale of this angel.  She's "battle damaged" and the folds of her robe make a little "bunker" where troops can take cover or snipe at the enemy.  Hiding in the base is Sgt. Telion.

Those look like they would fit in well in Mordheim.

@Darnizhaan -- I agree. I've never played that; it's a hive world (or somesuch) in the 40k universe, correct?

Its a city based game in warhammer, not 40k, where you basically run a gang while looking for magic warpstone. I never played it. Mutant Chronicles and Chronopia were the only ones I played. The flavor of Mordheim was great, though.