Gaming With The Boys

The summer campaign picked up again this past Saturday.  The boys found themselves working for an eccentric wizard, rather a "spellweaver," who hides in plain sight as a homeless bum in The City.

He requested that they recover an ancient tapestry from the depths of the Egg of Evad.  He explained that he is prevented from recovering it (as a spellweaver) but that they could find and retrieve it for him.

In exchange, he would grant them each a boon.

As part of the roleplaying, I had the boys request a boon from him.  Here's what they came up with (not a bad list; quite reasonable)


The spellweaver agreed and they were on their way.  He fed them a magical meal so they wouldn't need food or drink for seven days.  A magical apple provided the same to their mounts.  He also gave each character a healing potion (1d8+1)

Here are some pictures from Saturday's adventure.  I used my Dwarven Forge Game Tiles for the first time.  They were a big hit.  It is amazing how claustrophobic rooms are when the thickness of walls is considered.  :)

The adventurers headed down, down, down using the elevator room and were presented with a locked secret door.  (I provided a math puzzle, which my grandson solved almost instantly...)  :) 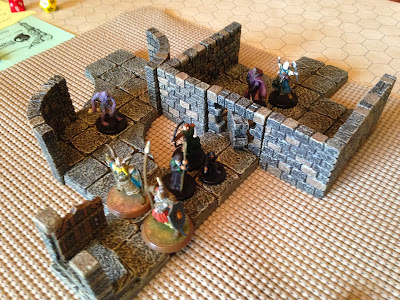 The wizard and the cleric are dithering on the elevator side of the secret door while the rest of the party are surprised by a ghoul! 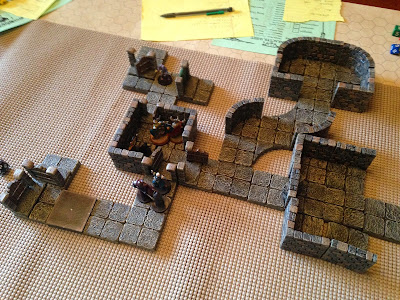 This dungeon presents many choices.  They heard the ghoul on the other side of the door and the hireling opened it so the elf could shoot it from a distance.  Success! 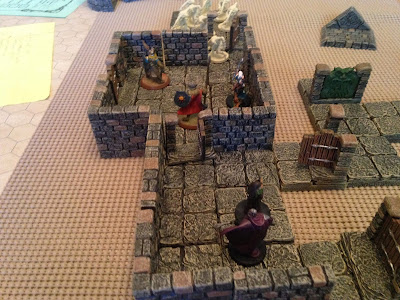 The adventurers used the door as a pinch point to control the flow of zombies into the room. 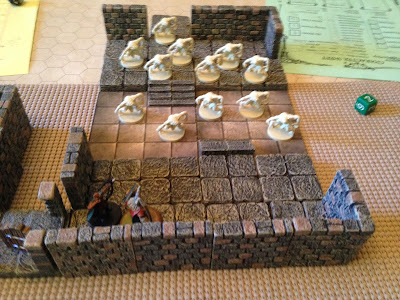 The elf and henchman discover that there are more zombies behind the door.  They are in a lower area and beyond, so they quickly back up and lock the door. 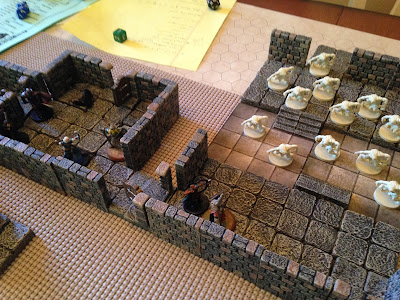 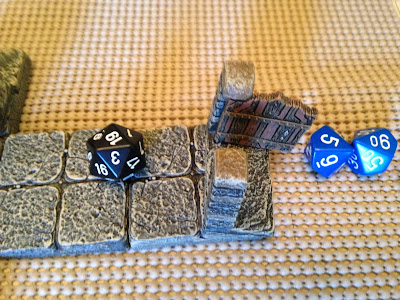 At one critical moment, the elf managed to roll the d20 through the door to get this 19!  Well done! 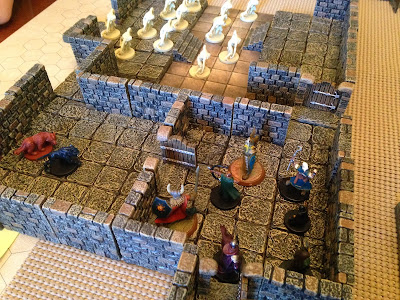 The characters encounter a mated pair of blink dogs.  They try to coax them out, but the elf is unsuccessful and they blink away. 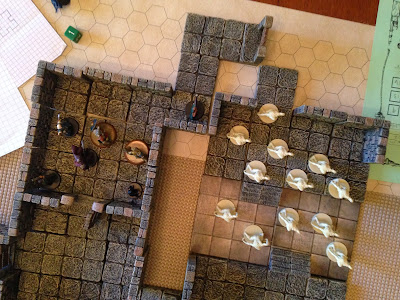 They discover that the blink dog room connects to the back side of the huge zombie chamber. 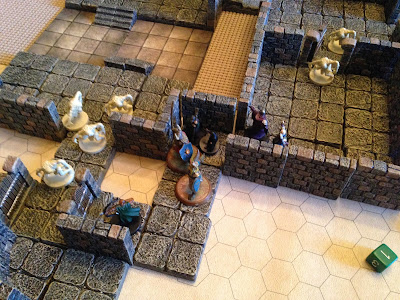 I told the players that they had no way of knowing what the zombies were doing in the big room.  I left them out there in their static positions as a way of reminding them that they are there.  As it turns out, seven zombies pushed their way around one side and five came the other way.  The adventurers are caught in the middle! 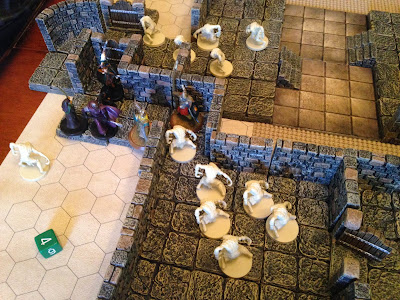 They are caught in the hallway!  The cleric tried to turn the first group of zombies, but was unsuccessful.  The two men-at-arms are trying to keep the zombies away from the wizard.  The elf archer and hobbit are taking pot shots at the zombies too... 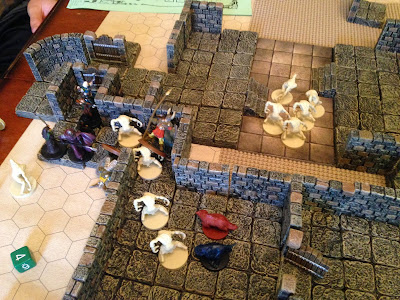 The zombies get by the fighters (by reducing them to negative HPs!) and they are eyeing the soft and chewy wizard and torchbearer. 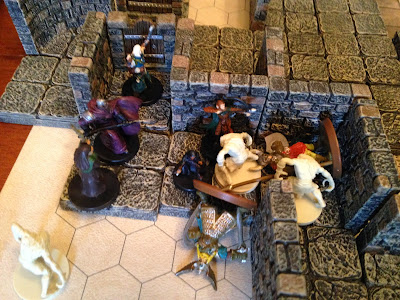 The elf and hobbit drop their bows and switch to melee!  They hold the zombies back and kill one.

The wizard, against the advice of the party, decides to throw darts at the last remaining zombie.

He gets to throw three darts --

A good time was had by all!

Great recap with the photos!