The Lost Caverns of Tsojcanth

I was looking through my D&D and AD&D modules this week (unpacking them onto a shelf) when I stumbled upon The Lost Caverns.

I've never run this module, don't even know if it's any good at all, but some of its elements have been KEY in my Queston Campaign for years.  Very odd.   I never really thought about its impact on me until now.


Here are some of my favorite pictures from the module.  I find them very inspirational. 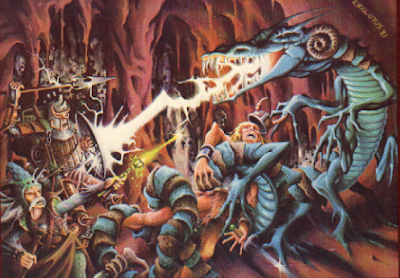 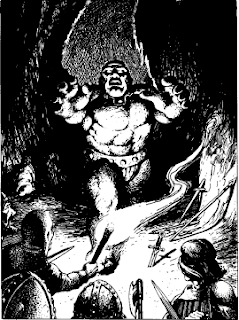 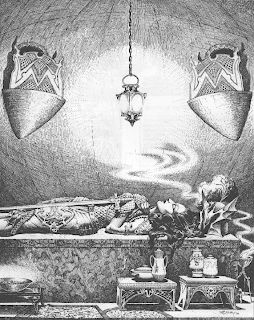 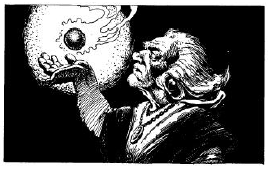 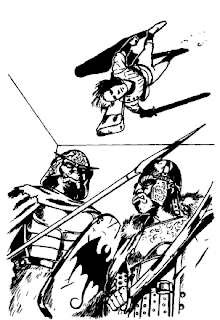 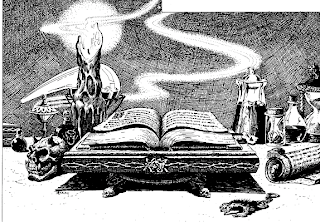 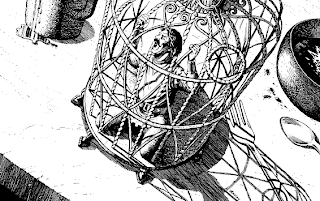 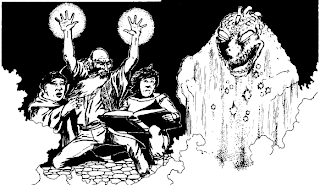 I don't remember much about the one time we ran through it in highschool, except we looted that place like crazy; took the valuable doors off the hinges and used them to carry more treasure out. And, I ended up with that damn lanthorn.

I missed a session following that victory and they played my character anyway, shooting spells from the lanthorn galore. I was mortified when I found out: "Do you know what happens when those gems run out!?" Ha ha.

That was one hell of a modules and as you mention, it was stuffed full of goodness.

I have never run it either, but have likewise been inspired by parts of it, especially the spherical room and what's inside it. I think the module actually feels kind of like a bunch of smaller segments, unrelated, put together and then rationalized, but maybe that's just me.

I'd also be interested in the old adventure you wrote, should you feel like putting it up. I bet the original would be as interesting as an updated one though.

I've played in and run S4, and have had great fun doing both.

I remember us squabbling over who got to keep Drelnza's cool helmet after she turned vapourous.

I'd agree with Anonymous that it can sometimes feel like a bunch of unrelated segments on it's own, but that made it easy to expand with appropriate random encounters into a longer home-brewed dungeon crawl.

It's other booklet also made the purchase of the MM2 unnecessary.

Running S4 was a lot of fun. Good loot and memorable locations.

I disliked the occupant of the sleeping room, though. She had such potential as an interesting NPC but was set up as a straight-on fight.

Another old favorite of mine, though I never ran it. Like you, I did loot it for ideas.

Eric Wilde: yes, it's a fight, but not straight-on. The tactics made possible by the occupant's abilities and the nature of the room make it interesting. Although I am also more inspired by the NPC quality, and would find a way to use it as such. This was a tournament adventure originally, remember... for a home campaign it probably should be altered.

All I remember about this apart from the cover is the the vampire with a +4 sword. That was the only piece of loot my half-orc got out of the the module but it was a powerful item.