Months ago, my CotMA campaign was exploring the Bone Road in search of the Everfrost.  The Everfrost is a crystal of immense cold that is the only thing capable of melting down Collen's broken frostbrand so it can be reforged.

The characters found the location of some extra-dimensional chambers, known as the Wheel of the Year, and they set out to defeat each guardian within.

The guardian of Ostara was a large, spell casting red dragon, named Murmaugh.  He was a canny and rather clever opponent and he was difficult to deal with.  During the battle, he managed to incinerate Elin the Grieved, the party's 6th level Cleric of Coriptis.

Elin had a rough go in the campaign.  Her face had been completely melted away by chaos magic.  Now she wears a mask that allows her to see.  She also had a run-in with the Regen-O-Pod of Uuthak and came out with insect eyes on the palms of her hands.

Anyway, she died bravely and will be remembered for her heroic contributions.

Here are some scans from the notebook Elin's player used to track her exploits.  I found them fascinating. 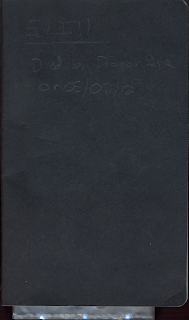 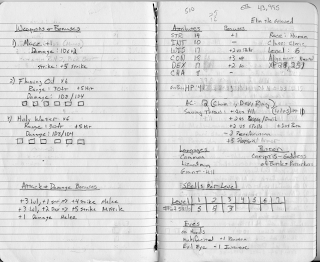 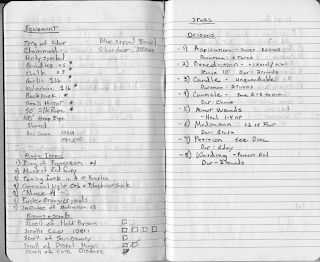 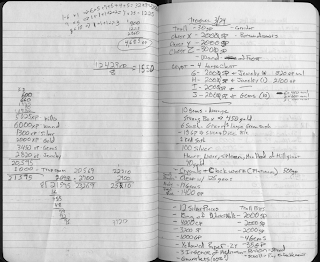 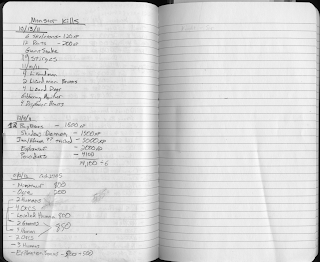 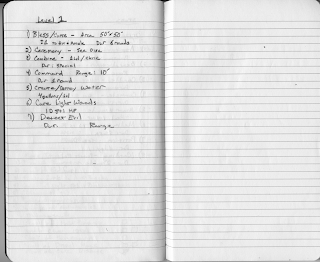 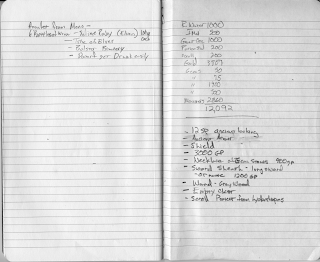 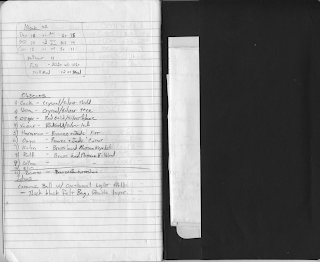 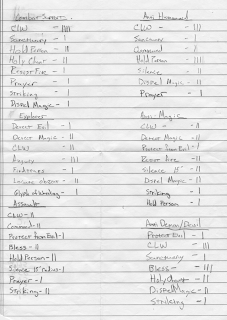 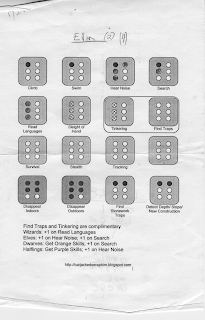 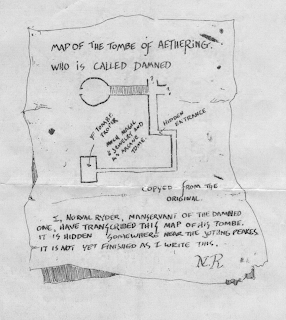 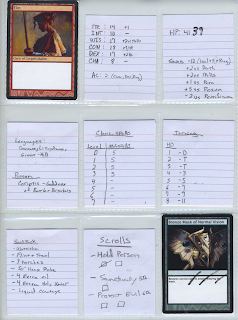 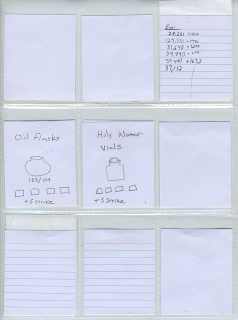 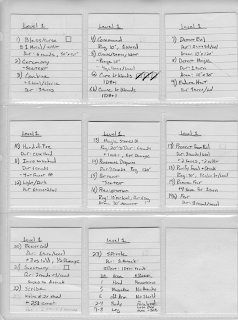 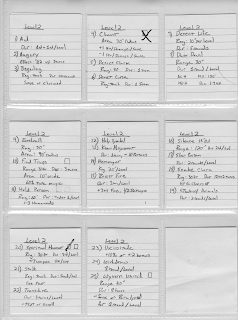 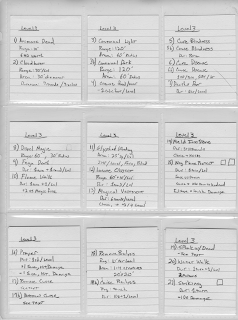 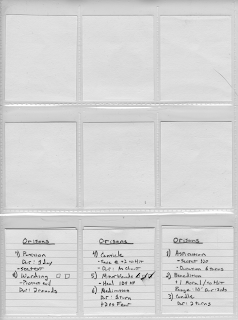 Wow, that is really cool, reading the various pages you can get little snippets and snapshots of the campaign.