If you'd like to contribute a PC to an OSR version of the "Rogues Gallery", click this link. 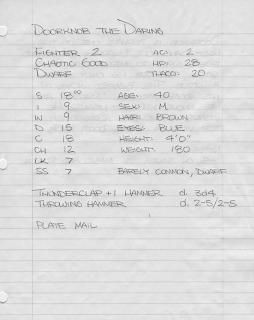 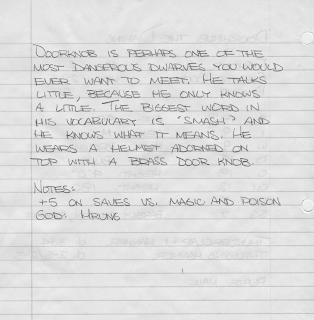 Doorknob the Daring was a lot of fun to play.  He was tough and capable and he was always willing to fight.  Brash, Sharky and Skanderbag all came to rely on him for opening doors and leading the battle against any humanoids the party encountered.  His sparse talking style was easy to roleplay and it was fun to be "in character."

I remember a moment when Sharky picked him up by the doorknob on his helm before he could charge into combat against a band of norkers.  Priceless.