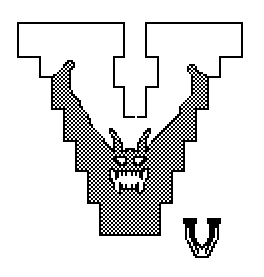 •  Questers of Valorian may Detect Evil once per day.
•  Upon reaching 4th level, Questers may Dispel Evil as the Priest spell of the same name once per day.
•  Total Immunity to Quest and Geas spells is gained upon reaching 7th level.
•  At any time a Quester of Valorian may declare that he is 'crusading' against some foe or evil creature.  While the Quester is earnestly pursuing this 'crusade' he gains a bonus of +2 to his Armor Class, Saving Throws, and To Hit and Damage.  If he ceases crusading, he is penalized by the same amount, and  will receive no spells beyond first or second level, until he regains the favor of Valorian by performing some exceptional deed of valor.
•  Questers of Valorian gain a bonus of +2 to all saving throws versus spells and spell-like effects cast by evil creatures.  This includes the breath weapons of evil dragons.

Other Notes:  •The Questers of Valorian are noted as being a single minded and stubborn bunch.  Once they set their mind to a goal, in general, they will pursue it unto completion or death.  They work quite often in tandem with Paladins of their order.  They get on quite well with the Equalizers of Jarba the Rectifier.  •Questers of Valorian oppose the Renders of Thrun the Destroyer as well as just about every other evil temple or cult.  •The Questers of Valorian dress much like the Paladins of their order, that is in the best armor they can afford.  This is quite often Plate Armor and Shield.  Their helmets are always  adorned with a single tall plume of white feathers and they always wear white cloaks or capes.  They adorn their armor in many different ways with their holy symbol.  •Valorian has major temples in many cities throughout Queston.  There are typically only a few Questers assigned to each temple, and it is a generally militaristic order.  Paladins play an important part in the temple hierarchy.