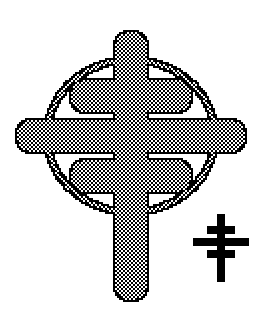 Other Notes:  •Curates of Malko are ascetic men and women who have dedicated their lives to helping others.  The health and well being of others is their main concern.  Most Curates spend their lives working within the villages and towns of Queston, rendering aid to the less fortunate and impoverished.  •They violently oppose the followers of Girgun the Putrifier, as well as cults devoted to Orcus.  •Curates of Malko dress simply in robes of a single color, usually brown, black, or blue.  They carry the symbol of their order around their necks on a silver chain or atop a staff which serves dually as a weapon.  •Most Curates dwell within small communities around Queston, while still others travel between very rural areas.  These 'circuit priests' typically spend one to three days per month in a single community before moving on to the next.  Nearly every major city in the Fyrkingdom has a large temple to Malko, and it is the temple in Fyrkeep itself which holds the holiest of objects, the Lifestones.  These are the only objects capable of Raising or Ressurecting the dead.