The Mindset of an Idle DM

I know that my former players AND my current adventuring companions AND my current DM all read this blog.  Nothing in this post should be construed as criticism or discontent.

It is just a post about the feelings I have when I'm NOT DMing...

When I was younger, I used to make stuff up "for the fun of it," but looking back on it now, I think I know why I suffered from so many false starts and incomplete projects.

There wasn't a purpose for it.  I didn't NEED it for something.  It wasn't for PLAY.

I told my wife one time that I was "addicted to imagination."  It was my way of telling her that my office was always going to be messy, I was likely to have a bunch of junk lying around, and that I'm generally a big nerd.  :)

In truth, that was a sincere and honest assessment of my personality.

I find that I'm at my best, most creative, when I'm inspired by others.  There's a certain give and take that helps facilitate the creative process.  That's why tabletop RPGs are such a passion of mine.

It doesn't take a lot to get me going.  If a player mentions that they think they'd like to play X or wouldn't Y be cool or how about rules for Z or whatever -- I'm off and on a roll.

Case in point, most recently, I've been playing with 2.5D cardboard game tiles.  Here are a few pics -- 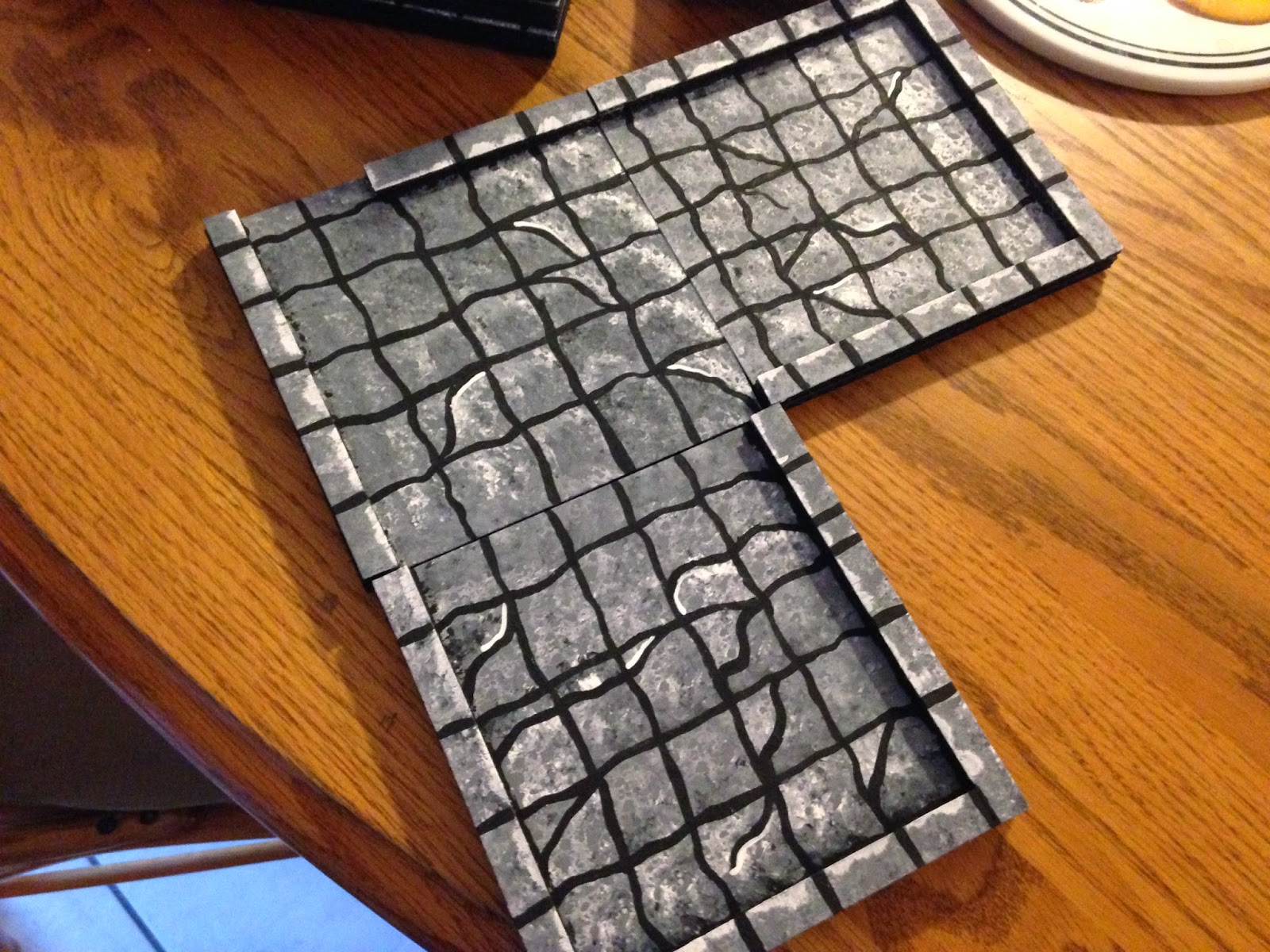 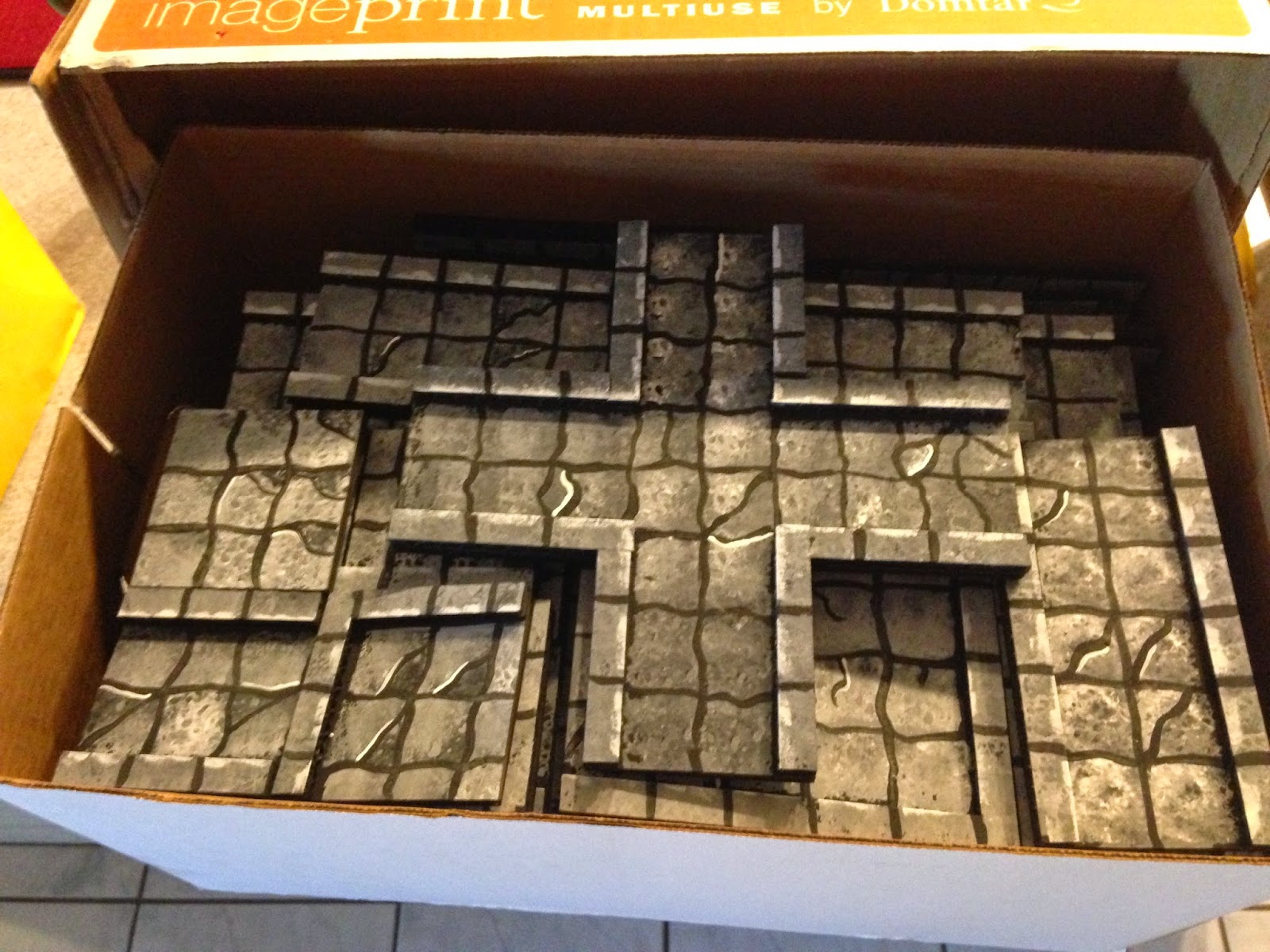 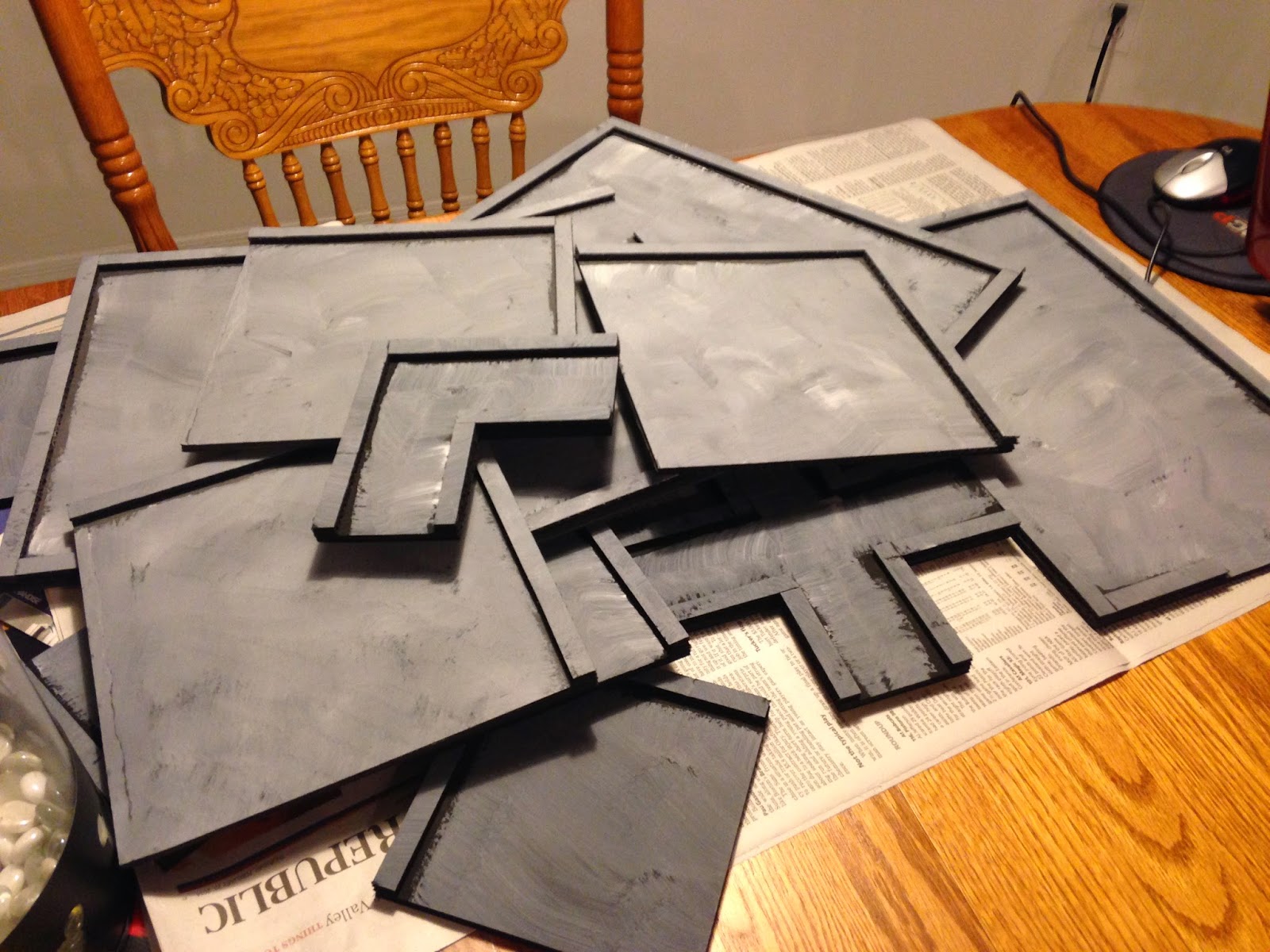 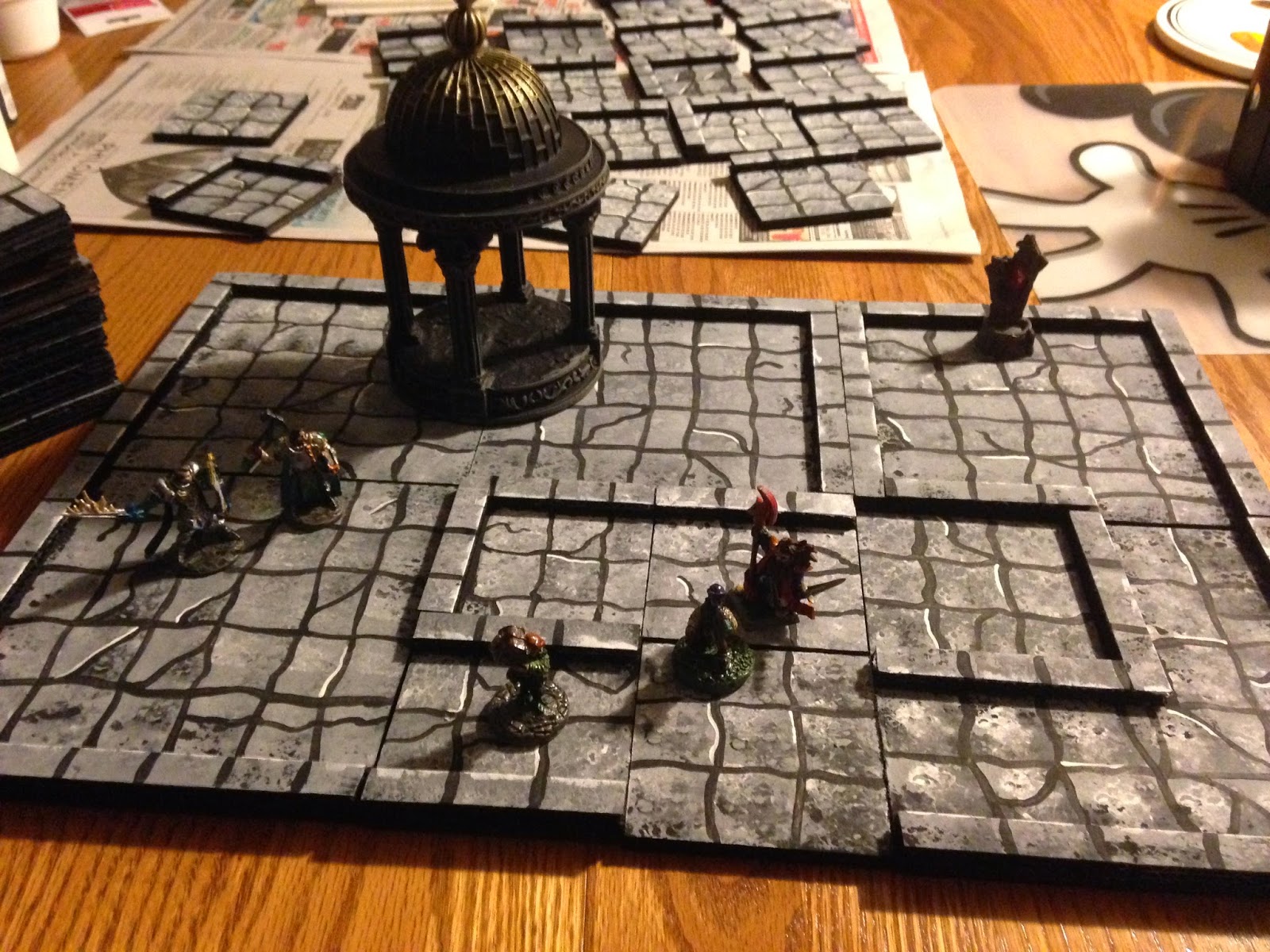 But sometimes the walls/doorways are in the wrong place.  Here's a pic -- 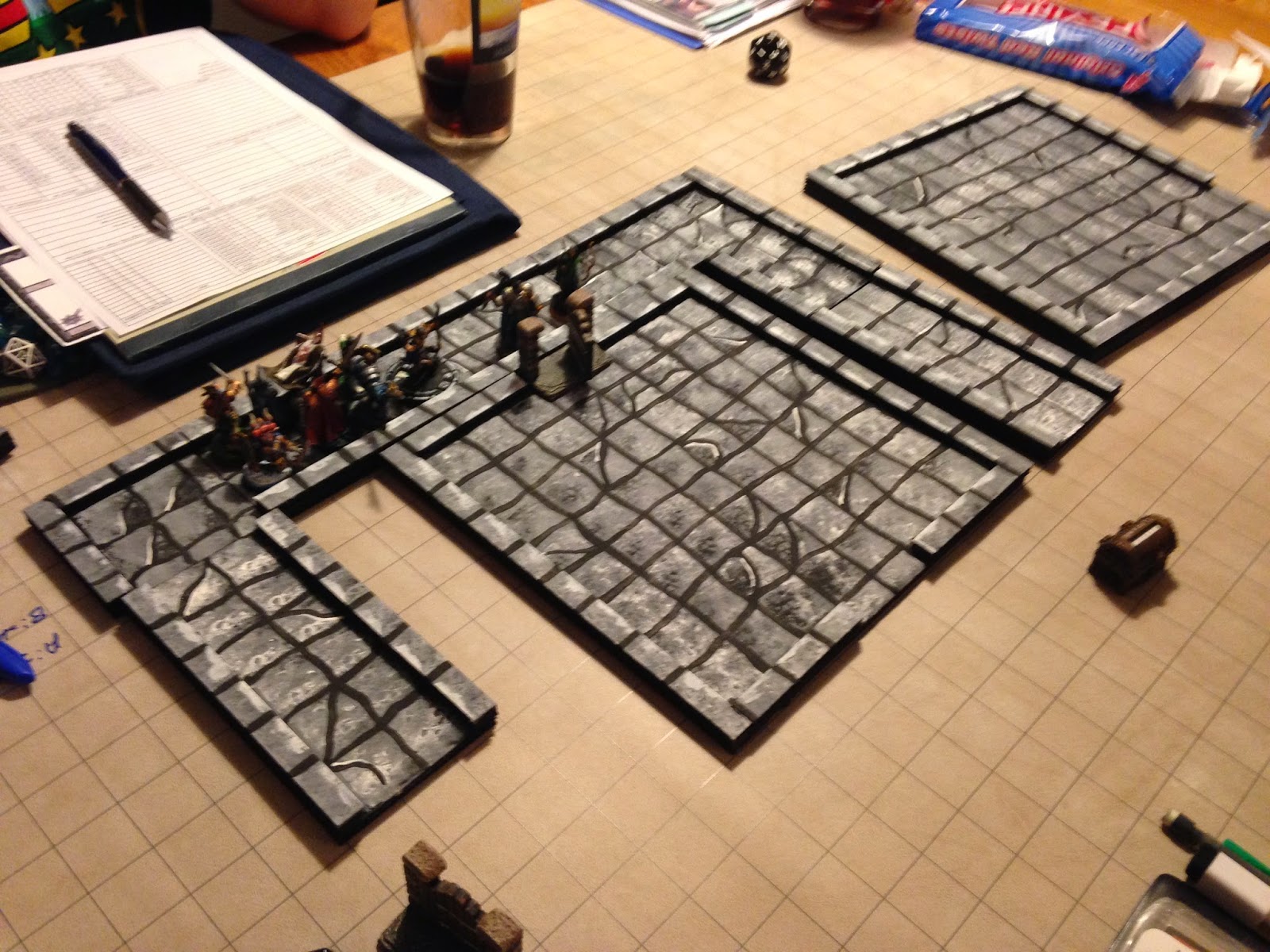 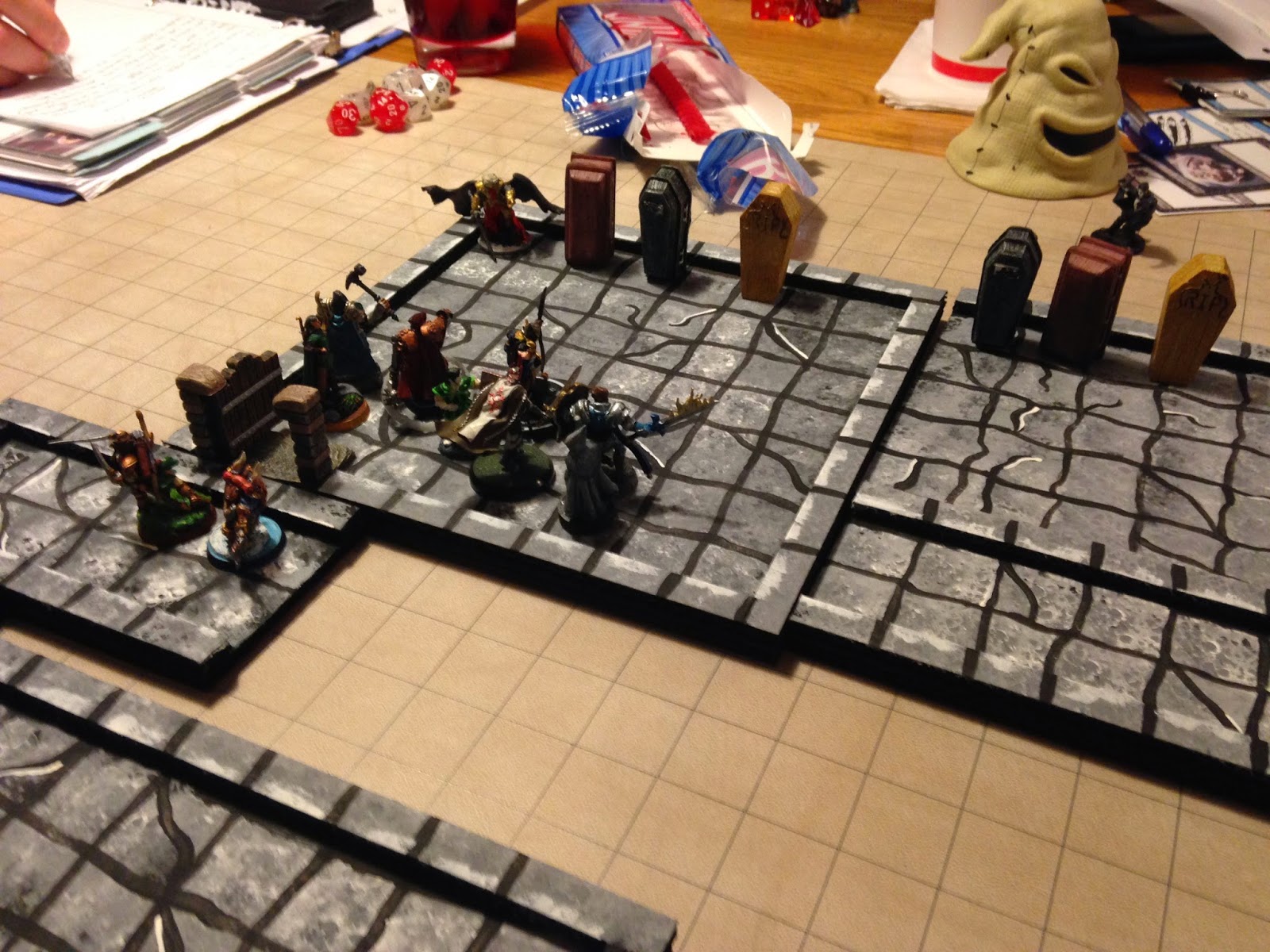 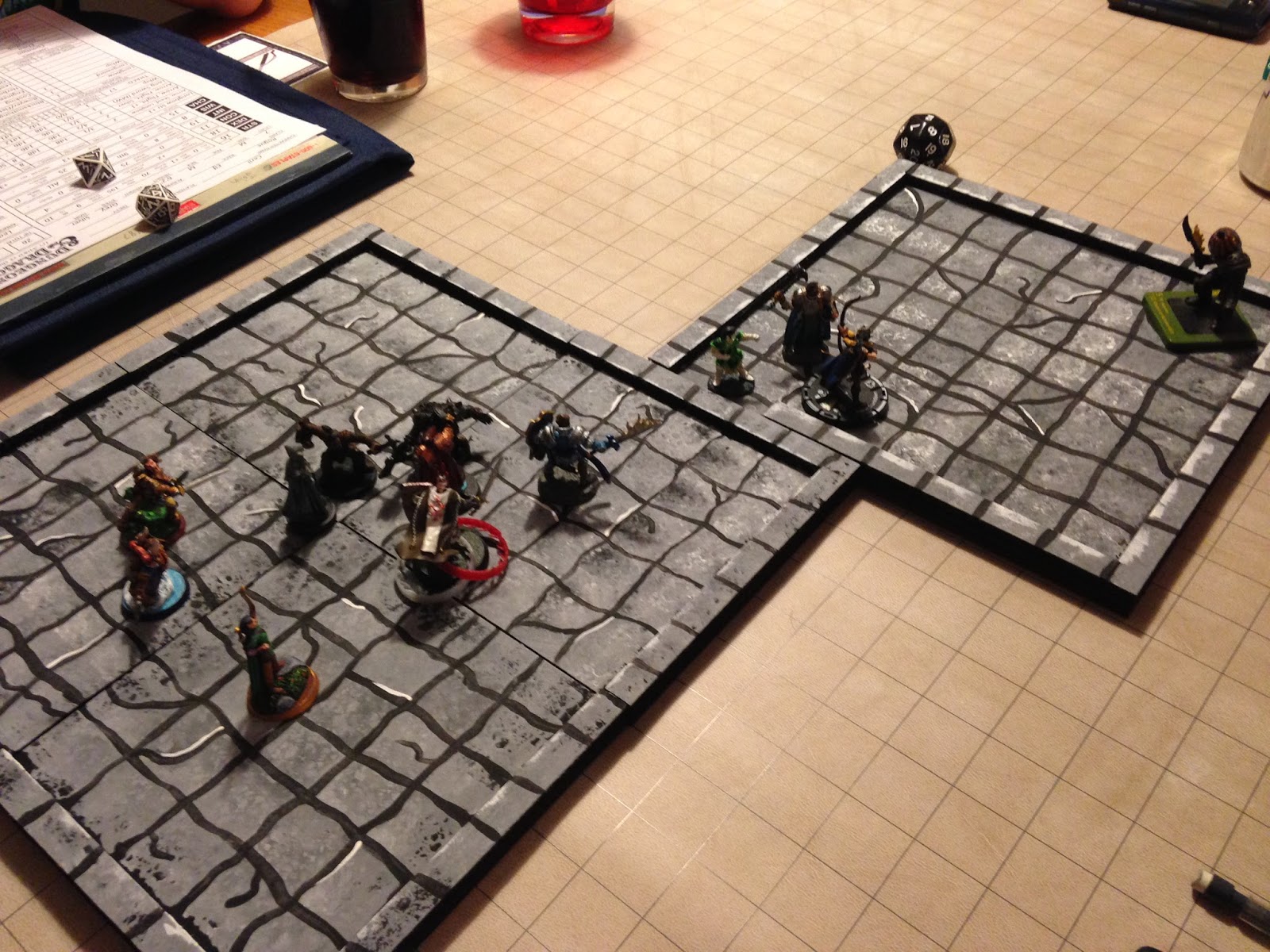 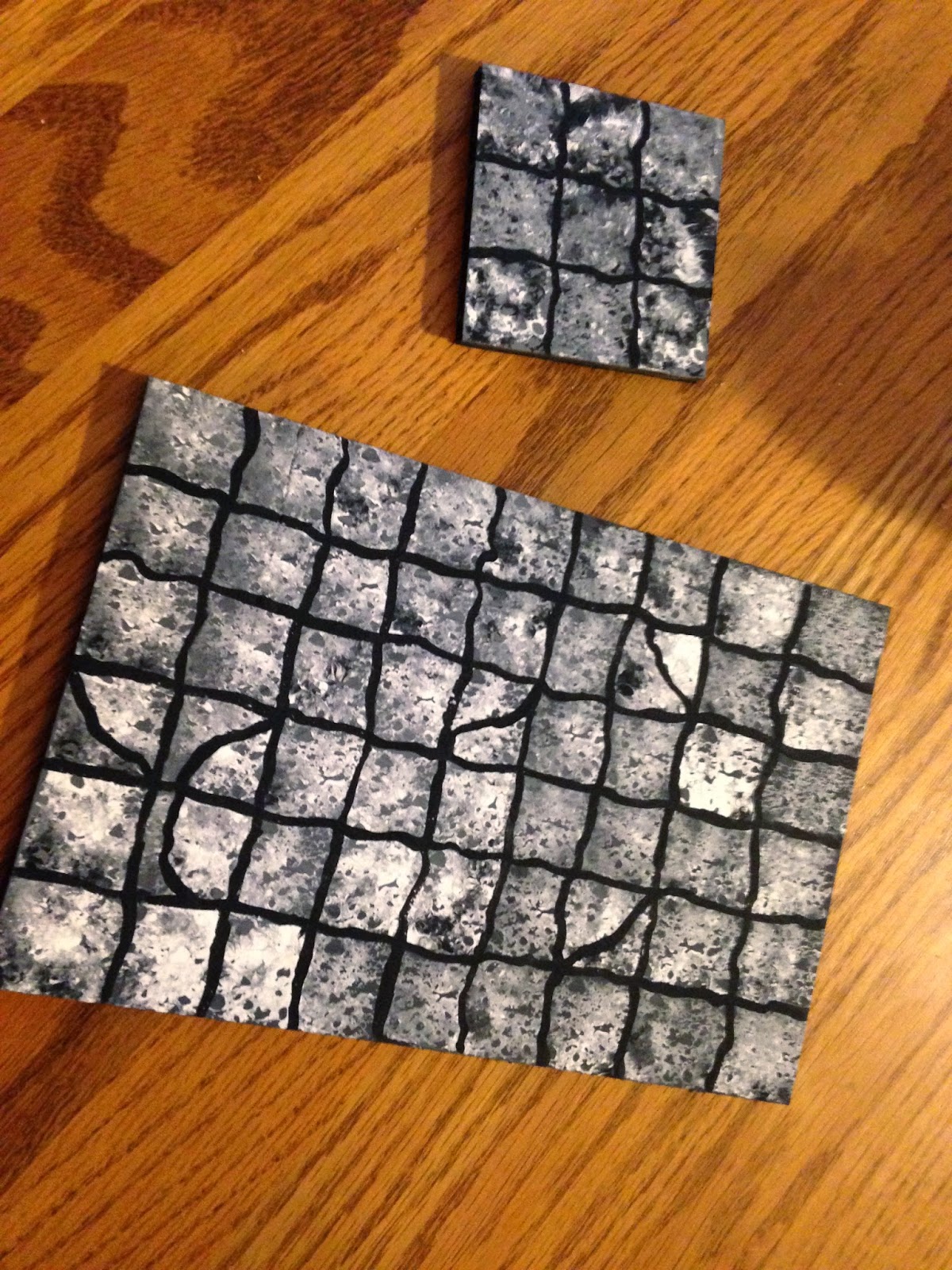 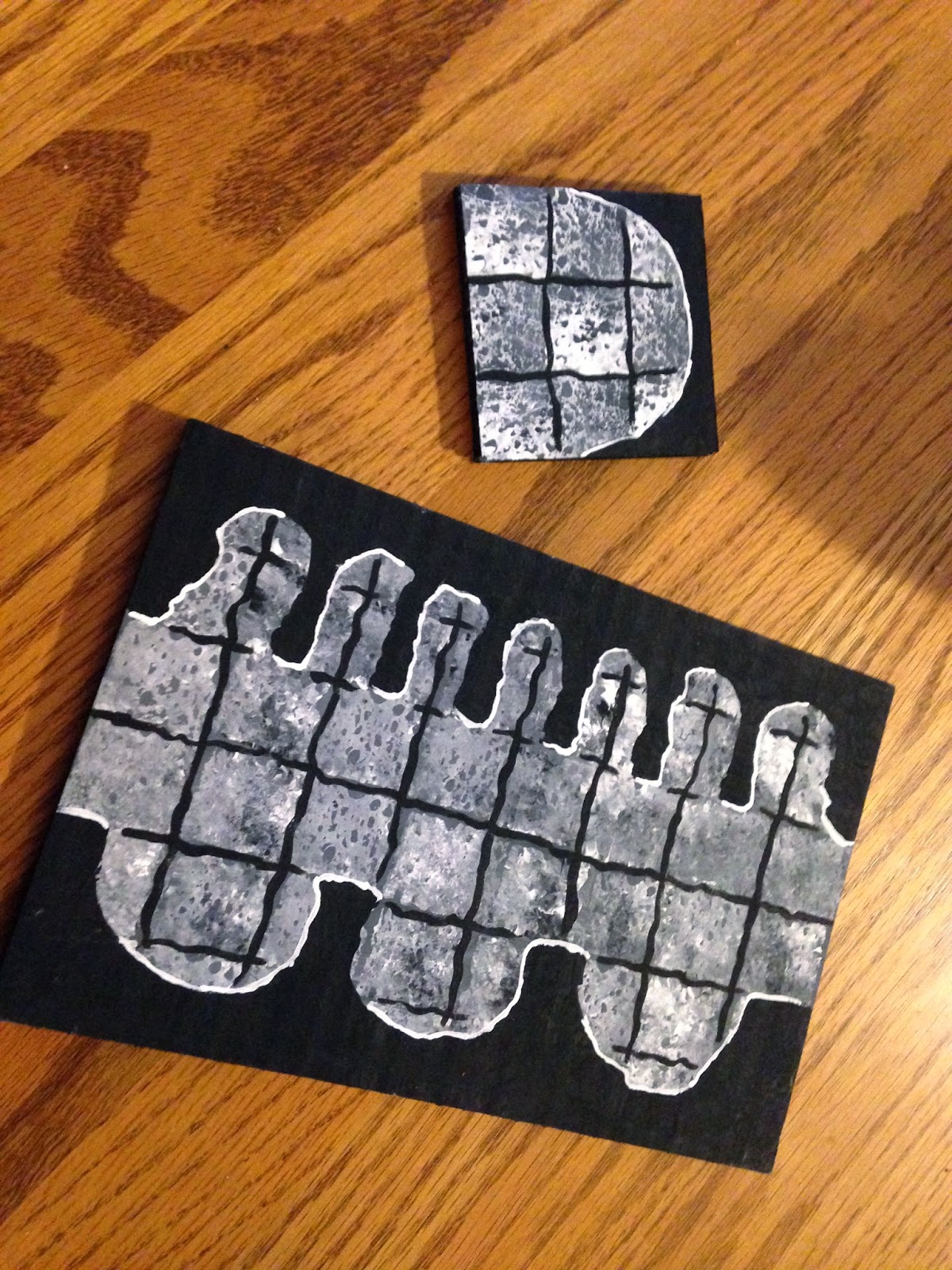 The same thing goes for the game.  If someone is giving me some kind of feedback, something to riff off of, I can create all day.

My last campaign had A LOT of that going on.  The players were great.  They tried stuff.  They explored.  They experimented.  It was fun.

I miss it.  (Fellow players and DM, see DISCLAIMER above)  I am having a lot of fun playing Gorsen, Cleric of Lathander.  He's a hoot and my DM is great.  It's just that I don't think I'm a natural "player."

I guess there's something about my personality that drives me to be a DM.  I'm happiest when I have a game going.

I don't think that I'm a control freak or anything; I just think the creative cycle is most fulfilling for me when I have a bigger playground than just one character.

I'm really curious about your production process of the sets. Going to author a how to? Or is there a good resource you used to create those?

Hey, Jim, those tiles look incredible! I would love to try my hand at making these. Any pointers?

@Nether Kraken & Sean Robson -- over on YouTube TheDMG and DM Scotty have a bunch of videos on how to make these 2.5D tiles. Over on DM Scotty's forum, I have a post about my 2.5D Cardboard Cutting Table. I hope that points you in the right direction. If not, let me know and I'll post here too!