So, waaaaay back when, in the Dungeoneer Magazine, there was this cool monster you could use -- the Tarrahook Bat.  Here's a post about it.

So, in issue #8 of the White Dwarf, there were plans to make one -- 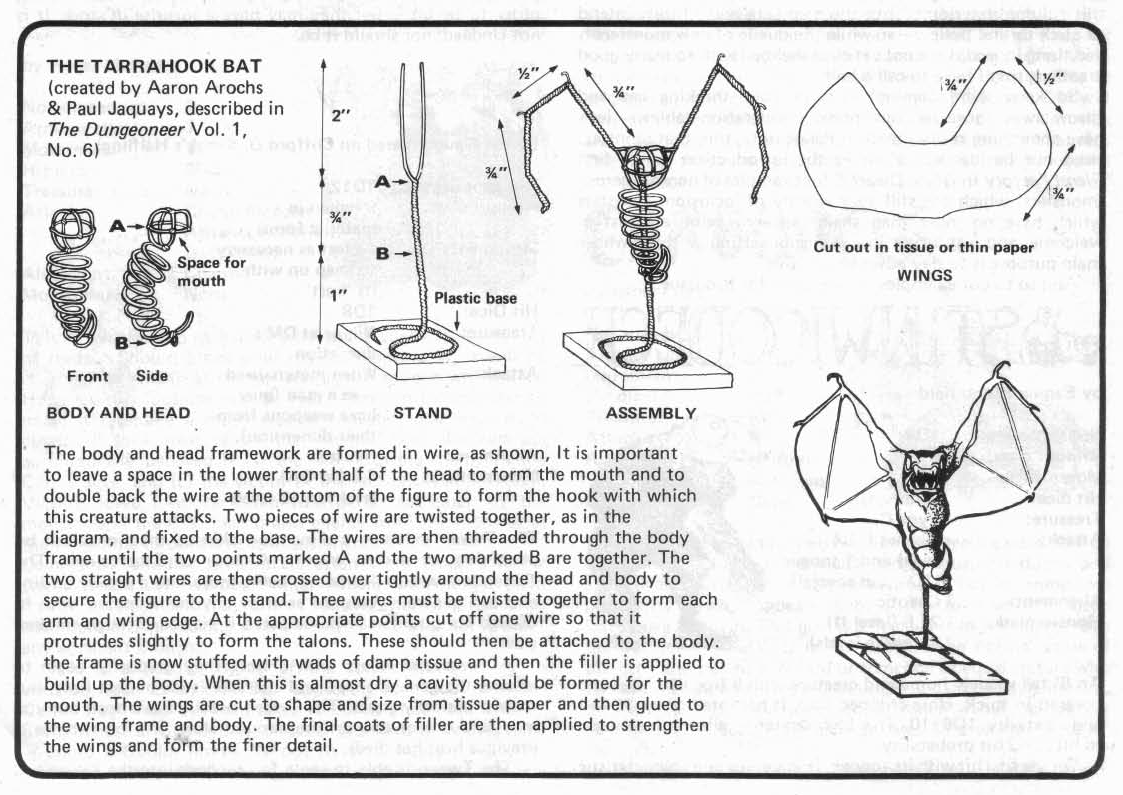 Here's my attempt to build one myself. 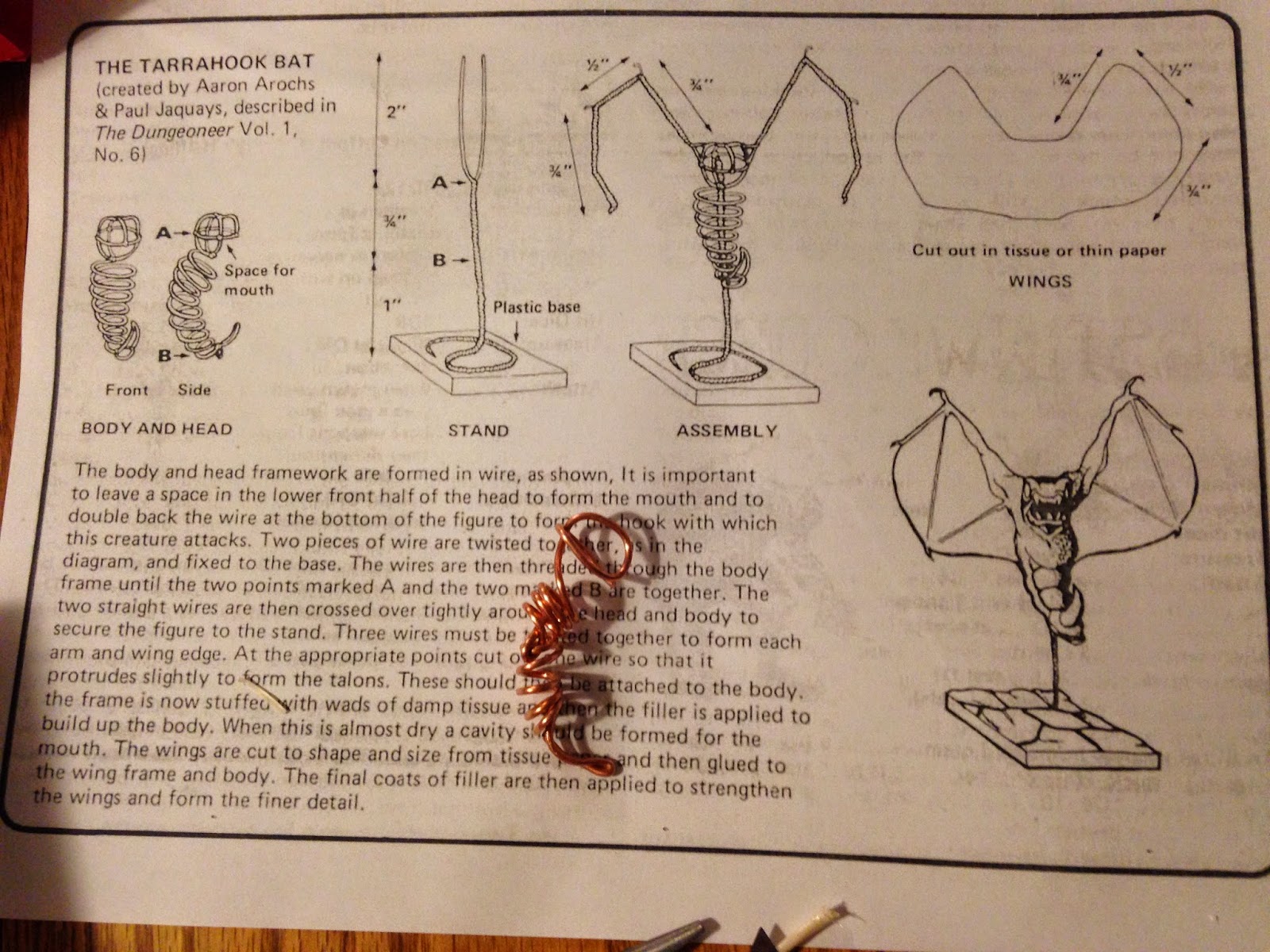 It might be a little too big, but that's OK.   I mixed up a little bit of epoxy putty to cover the body.  This won't be the final texture or final bit of putty, but it's a start -- 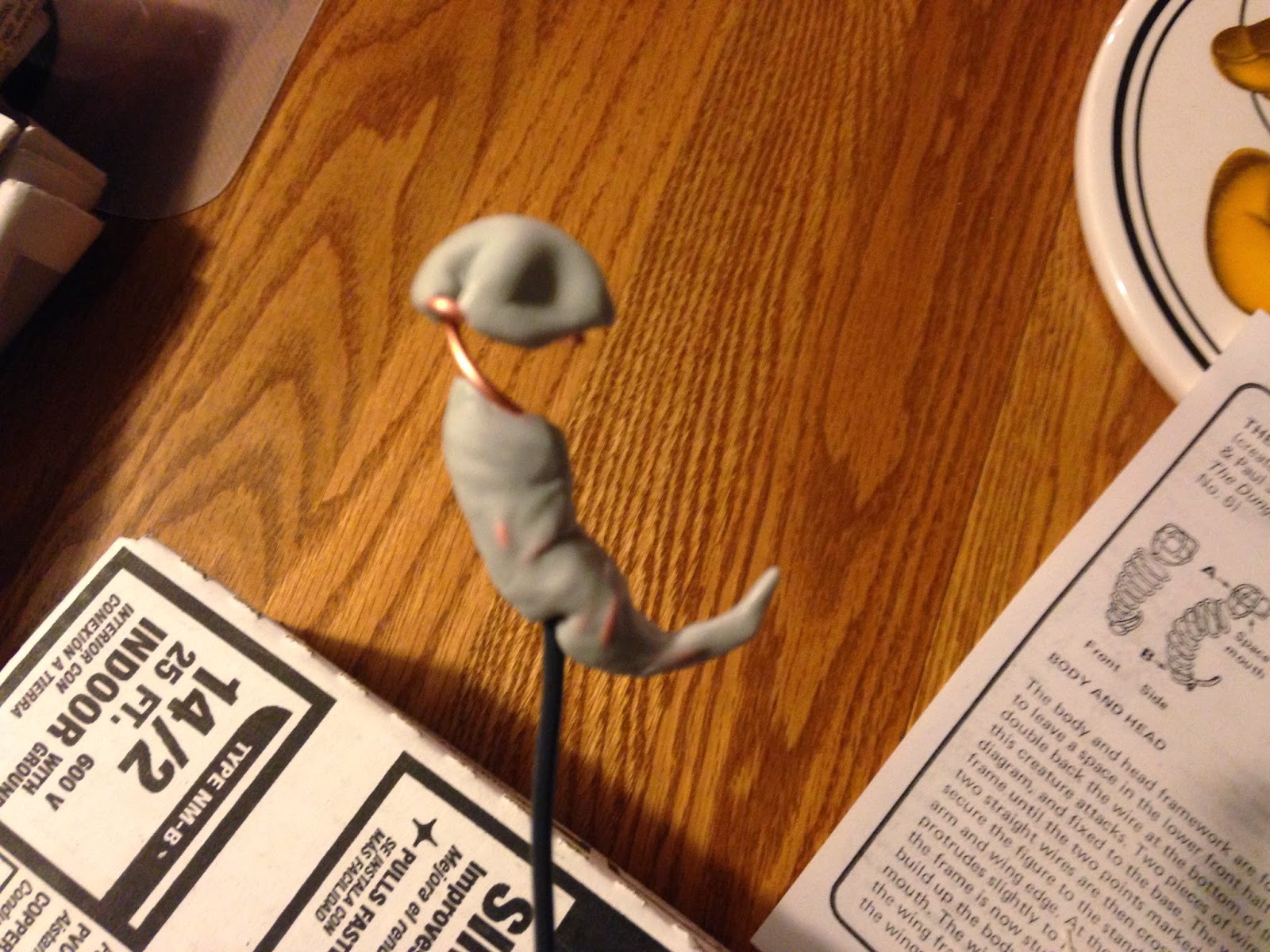 Awesome! Those were one of the better monsters in the Dungeoneer.

Very cool, Jim. I hope you'll post pictures of the finished product. I've been meaning to try my hand at sculpting some custom miniatures of my own, so I'm very interested to see how this turns out for you.

I thought this was a really great post so I added it to my Best Reads of the Week post. I hope you don't mind.