In my CotMA game, some time ago, the characters discovered an ancient gnomish ruin that had been corrupted with an arcane sentient dark crystal being.

At that time, they fought a group of cultists that were worshipping the crystal and the cavern/ruin collapsed.

Later, they found out that the crystals had multiplied and had taken up residence in the sewers under Ravenport.

Since the crystals can be "attuned" and used to enhance magical spells, the crystal growth under the Wizards Guild was left intact, but the other infestations were destroyed.

Last night, the characters returned to the original ruin site to enter through some goblin excavations to seek out the dark crystal once again.

This time, they discovered that the crystal entity had been corrupted by demonic magic and that a trap had been laid for them.  The rewards of a magical scroll and a holy sword were enough to entice the characters to battle! 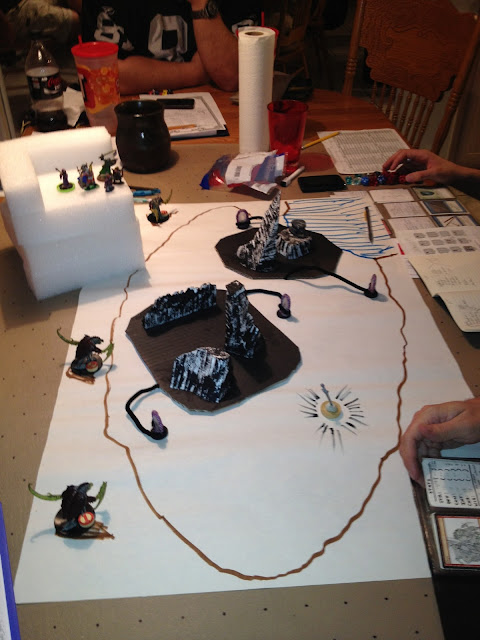 In this scene, the characters are peering down into the dimly lit darkness of the crystal cavern.  A magical sword can be seen in the foreground.  The dark crystal growths spread out to form extradimensional gates.  An altar rests on a crystalline hill near the underground lake.  Three caves in the cavern side contain vrock who chatter back and forth in the dark. 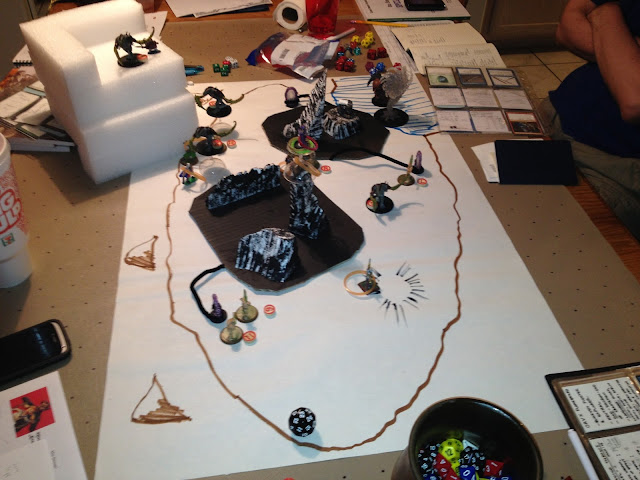 The fighters, Oryx, Collen and Kesk drop to the cavern floor and join battle with frog demons and vrock.  Kalen the wizard flys about, protected by multiple enchantments, striking at enemies with forked lightning bolts.  A crab demon rises from the lake and summons an terrible water elemental.  The paladin, Sir Owyn de Lapins, claims the holy sword.  The dwarf cleric, Morgrim, battles alone against a vrock in the upper cave. 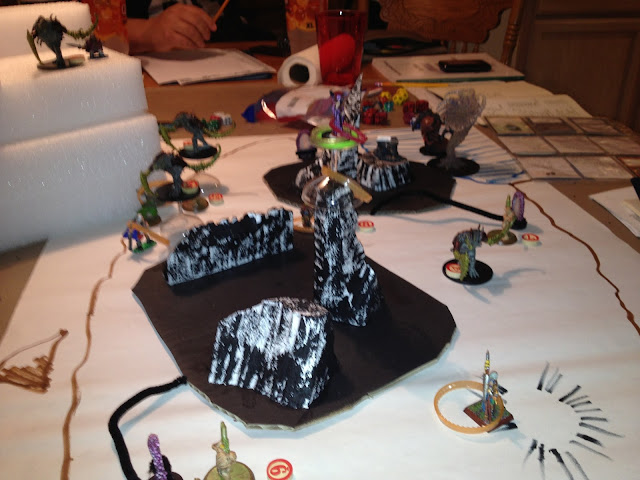 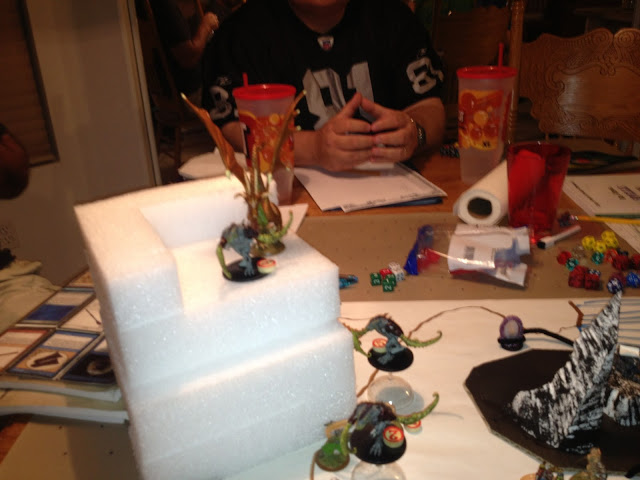 In danger from the vrock, Kalen polymorphs Morgrim into a gold dragon.  The dragon's attacks prove to be too much for the vrock and it eventually falls. 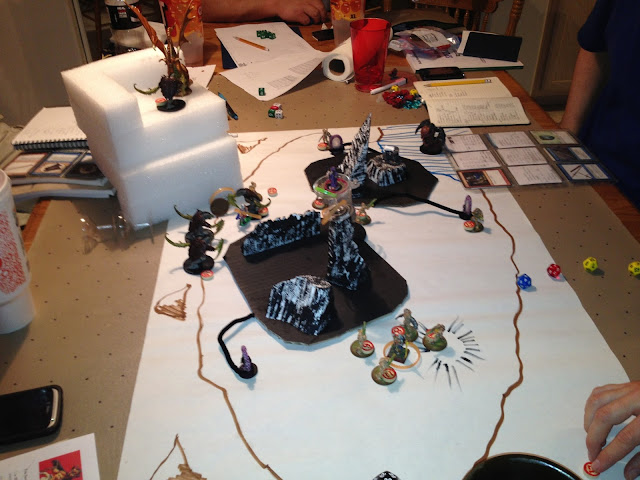 Sir Owyn finds himself surrounded, but not overpowered.  The strength of his arm and blade prove formidable to the frog demons and others.

It was a great battle and the adventurers were triumphant, but the battle was never a certainty.  Good teamwork and focus on the gates and the vrock (who were attempting to gate in more vrock) kept the number of enemies to a manageable level.  No one died, but Kesk and Morgrim did roll on the Death and Dismemberment Chart.

What are those cards at the table used for? They look like MtG cards in plastic sleeves.

@Greg -- I use a site called godeckyourself.com to make "gamer bling" cards for the PC's magic items. Here's a post I did about it. http://carjackedseraphim.blogspot.com/2011/02/old-school-gamer-bling.html The players really like having cards for their magic items. Makes them more tangible. :) Plus, if they lose the card, they lose the item. :)