Back in the olden days of Warhammer 40k, Games Workshop didn't produce many (if any) vehicles.

They published articles (like this one) to inspire you to create your own. 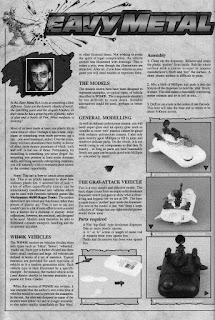 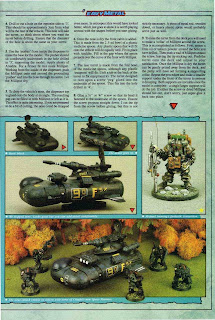 In a couple of weeks, my grandson Matt and I will be teaming up to play in a 40k battle against his dad!  I will be bringing my Land Raiders (one old and one new) to bear in that battle, but I wanted to try to bring a squad of Landspeeders.

In the past, I've played with a speeder, but I've always used only one.  They are fairly fragile -- 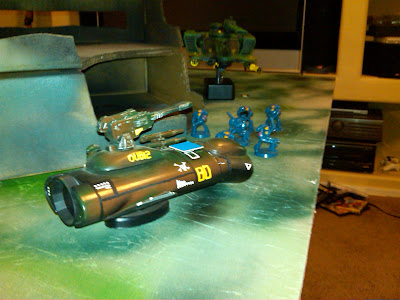 I would LOVE to be able to buy three of these... 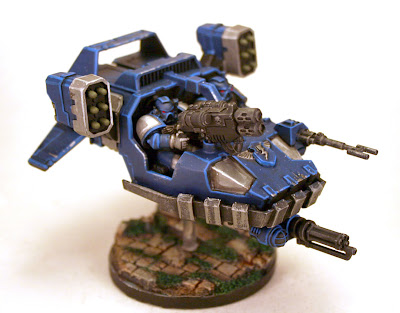 They are sooooo cool!

To that end, I went down to my local Dollar Store and I bought 3 travel sized sticks of deodorant and a bag of ballpoint pens.  Total $4.

I went to Hobby Lobby and I bought some small plastic champagne glasses.  24 for $3.

I dug in my cabinet for some plastic spoons -- I'll call that free.

I also busted out some electrical connectors that I used for rocket launchers on my drop pods (I made these out of foam core...) 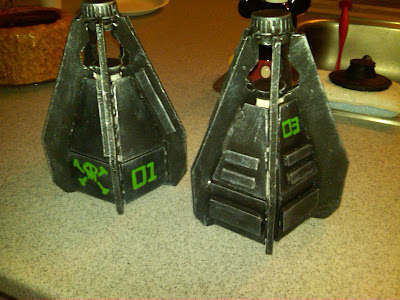 So, I drilled and painted and mounted them on the bases of the little cups.  I magnetized the rocket pods so I can take them off, if they get destroyed OR if I need to shave points (+40 each).

Here they are.  They aren't fantastic, but they are serviceable and I will get a chance to play with three 'speeders in a couple of weeks. 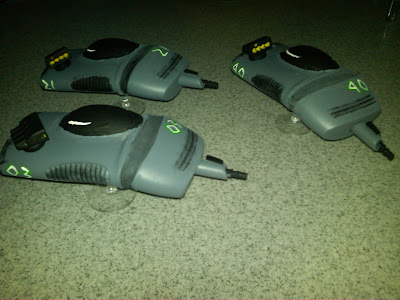 They actually look a bit better in person than in this photo...

I remember seeing that article! I never made one myself, but I remember a local game store selling 1:144 model jets for the purpose of sticking the wings and missiles onto an old deodorant container to make your own landspeeder.

Your drop pods look really good, Jim!
I don't think that scratch building has fallen out of favour with players - lots of people I play with still love to do it, but GW certainly doesn't encourage it anymore. Remember when there were lots of 'how to' articles in White Dwarf? Nowadays, their so-called hobby articles are all about how to assemble plastic GW terrain kits.

@Desert Scribe -- What a cool store to have stocked those... I'm gonna have to go to my local store and look for 144 scale planes... :)
@Sean -- Thanks for the drop pod compliment! A few of my friends tinker with DIY. GW prohibits it, I think, in tournaments. Or maybe its just the FLGS with 40k tables...

I had to dig out my White Dwarfs today, just to reminisce... #95 has the "Grav-Attack" deodorant tank. :) Good times.

Haaaa, this is awesome. Speedstick landspeeders. I remember these. At the time they were cutting edge, handbuilding was a sign of elite status. Now, its frowned upon, very low class. Apart from GWs stand, I think players like to pull out the "big guns" and flash store bought vehicles like status symbols.

If I ever get around to organizing my armies, I'd love to throw down with you guys. I've got two old school armies; beakie marines and footslogging eldar.

@Thanatos -- We're playing on the 28th. I'm committed to play vs. Brian and Matthew, but my other friends are ripe for the picking! See you Weds!

Extremely cool article--and builds Jim. For the life of me, I can't imagine why something like this would be "frowned upon" these days, especially with the growing Maker and craft culture going on.

If I had it my way, I'd have a scratch-built armada!