My two most recent projects are a result of me finding a box of Romex in my garage.  I used it for a home improvement project years ago and have been toting it around.  When I saw it, I thought, "What can I make with that?" and I decided on Tarrahook Bats!

That project is going well.  I have two more under construction.  When I get all three made, I'll commence to painting!  :)

On Saturday I decided to take a nap and when I did, I had an idea for how I could make some stirges.

The ones you can buy from WoTC are expensive!  Seriously?  Almost $10 for a single 1 HD creature that is going to show up in hordes!!!  No thanks! 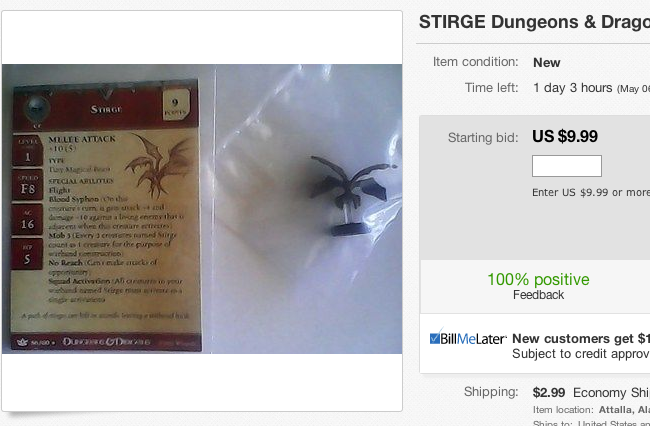 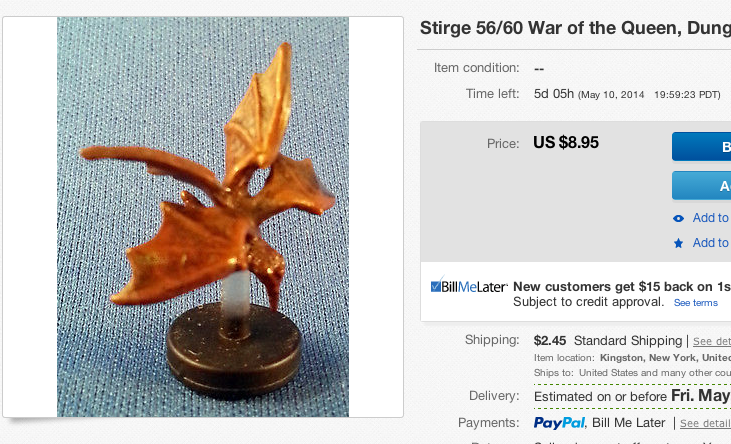 So here's the plan.  I'll make a base with a small group of wires on it -- 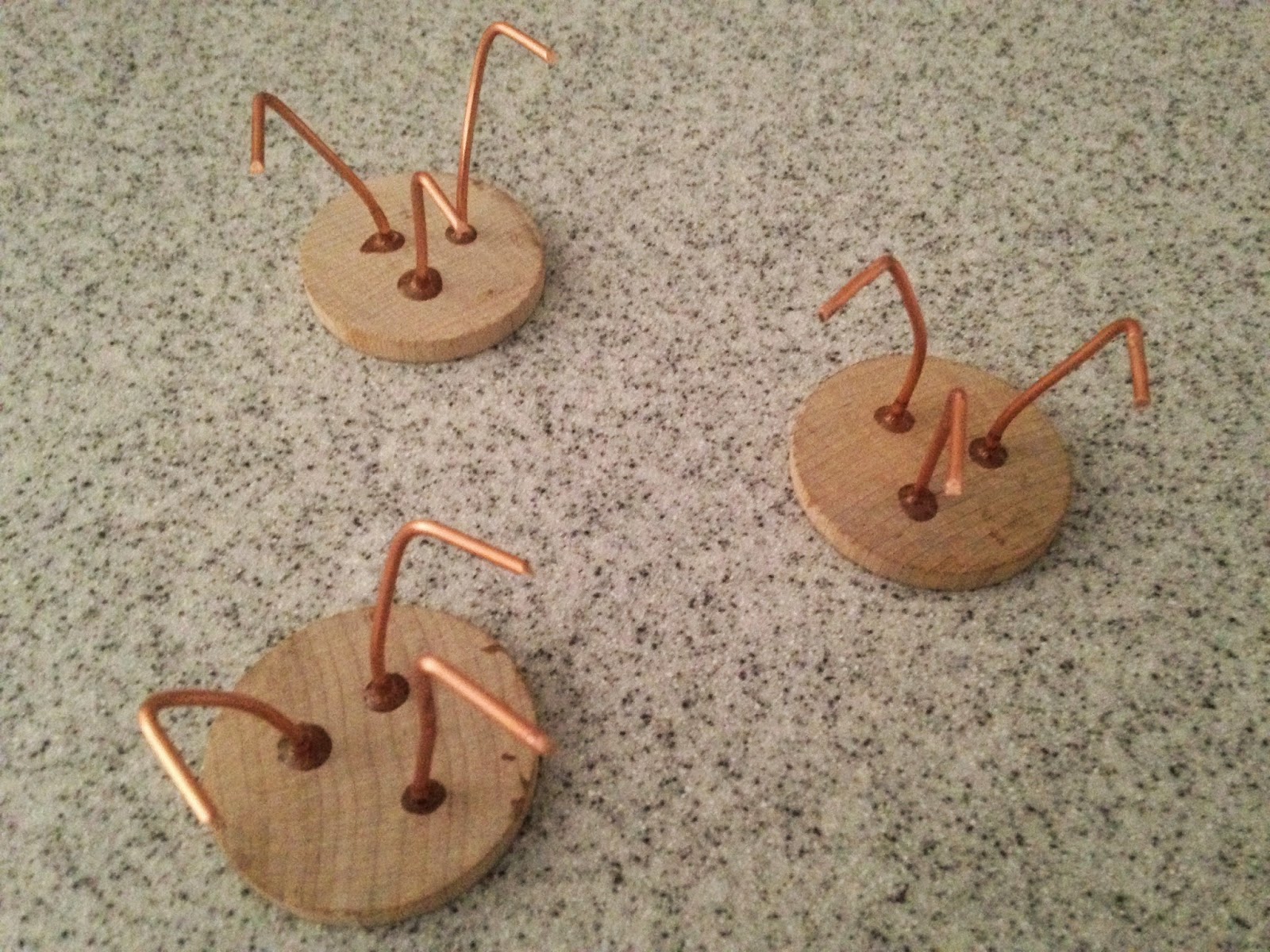 I bent the wires at a right angle.  The wires will be the proboscis of the stirge.  I thought that small groups of stirges (in this case 3 per base) would be better than singles because these things are small and attack in packs!

Next I needed to create wings!

I could make them out of putty, but they probably wouldn't be regular in size and shape.  I thought that "leaves" would be a good substitute.  I found some aquarium foliage that I thought would fit the bill. 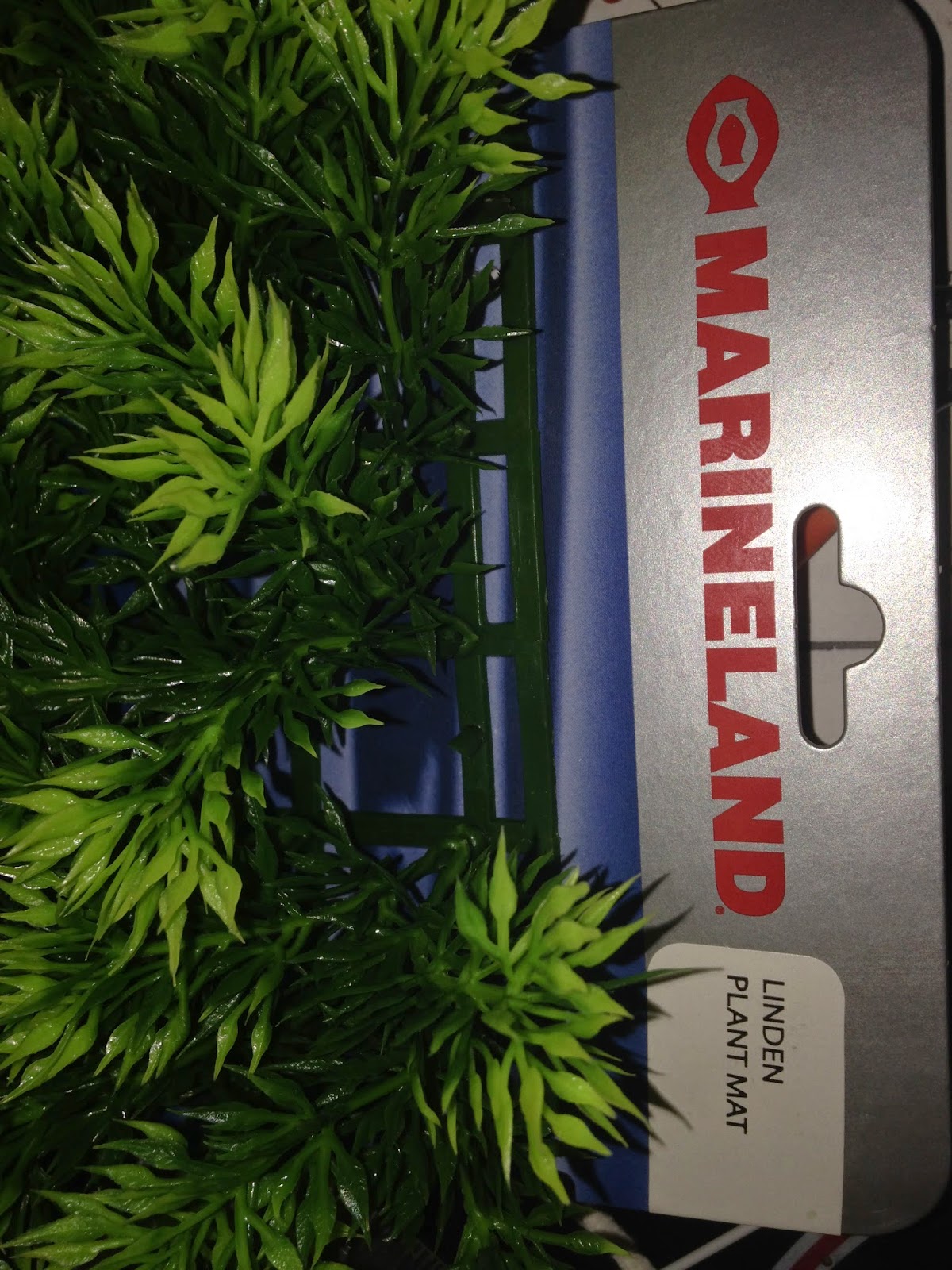 Now, admittedly, my stirges are going to have a different aesthetic than the "new stirge." 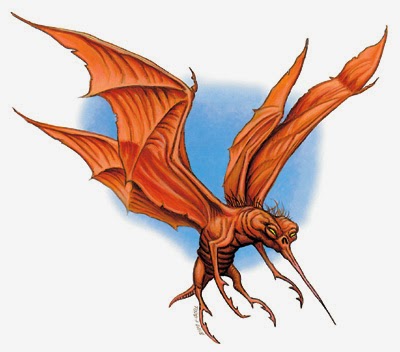 I do like the "four wings" thing, but my stirges will always be bloated, round things -- kinda like flying ticks -- 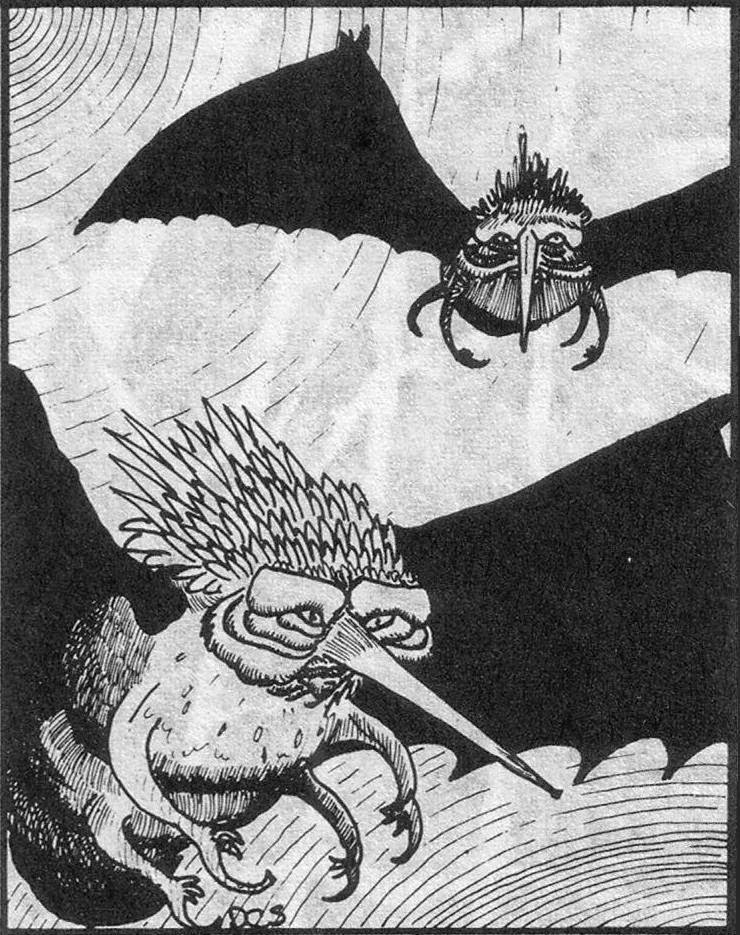 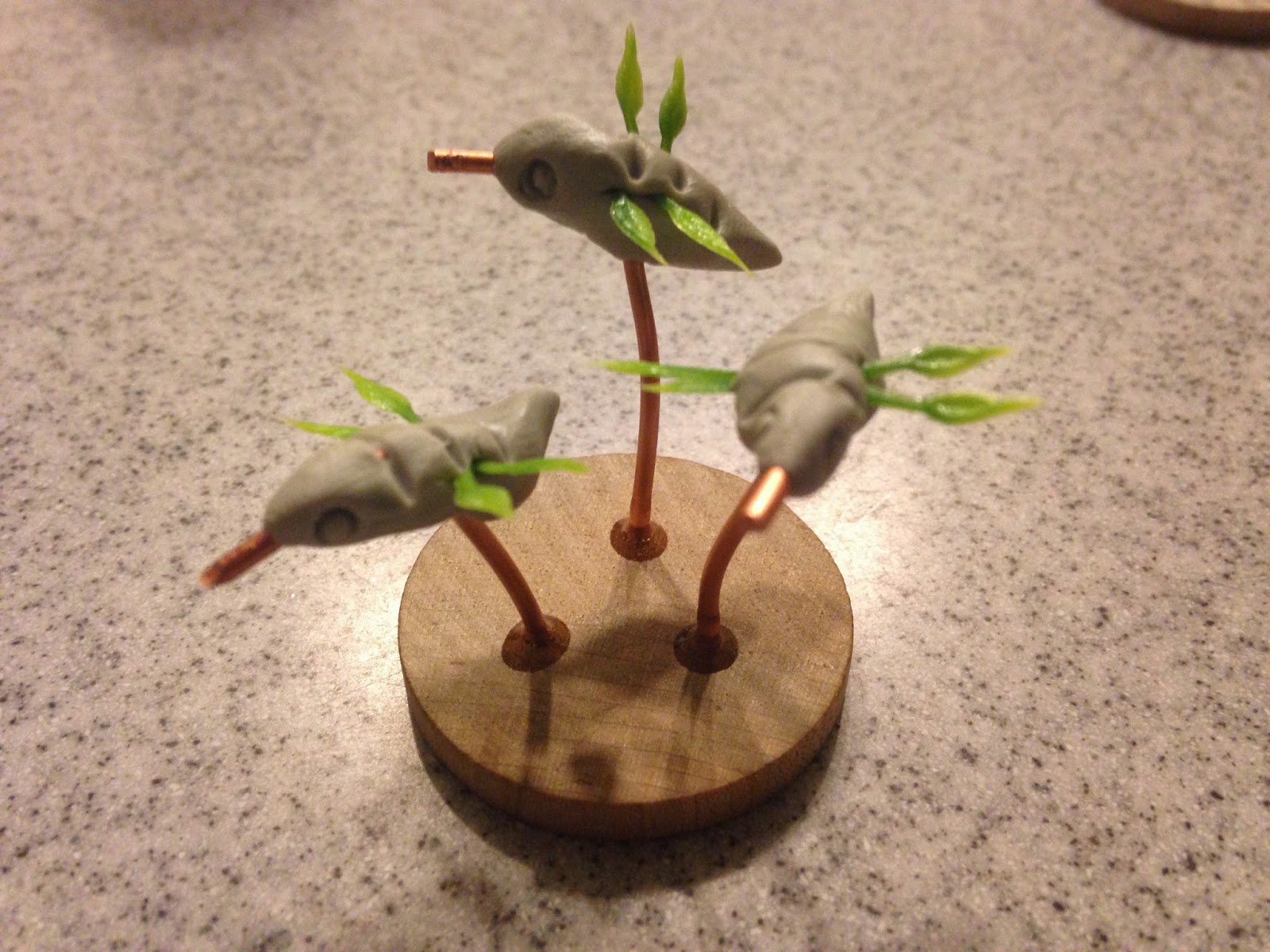 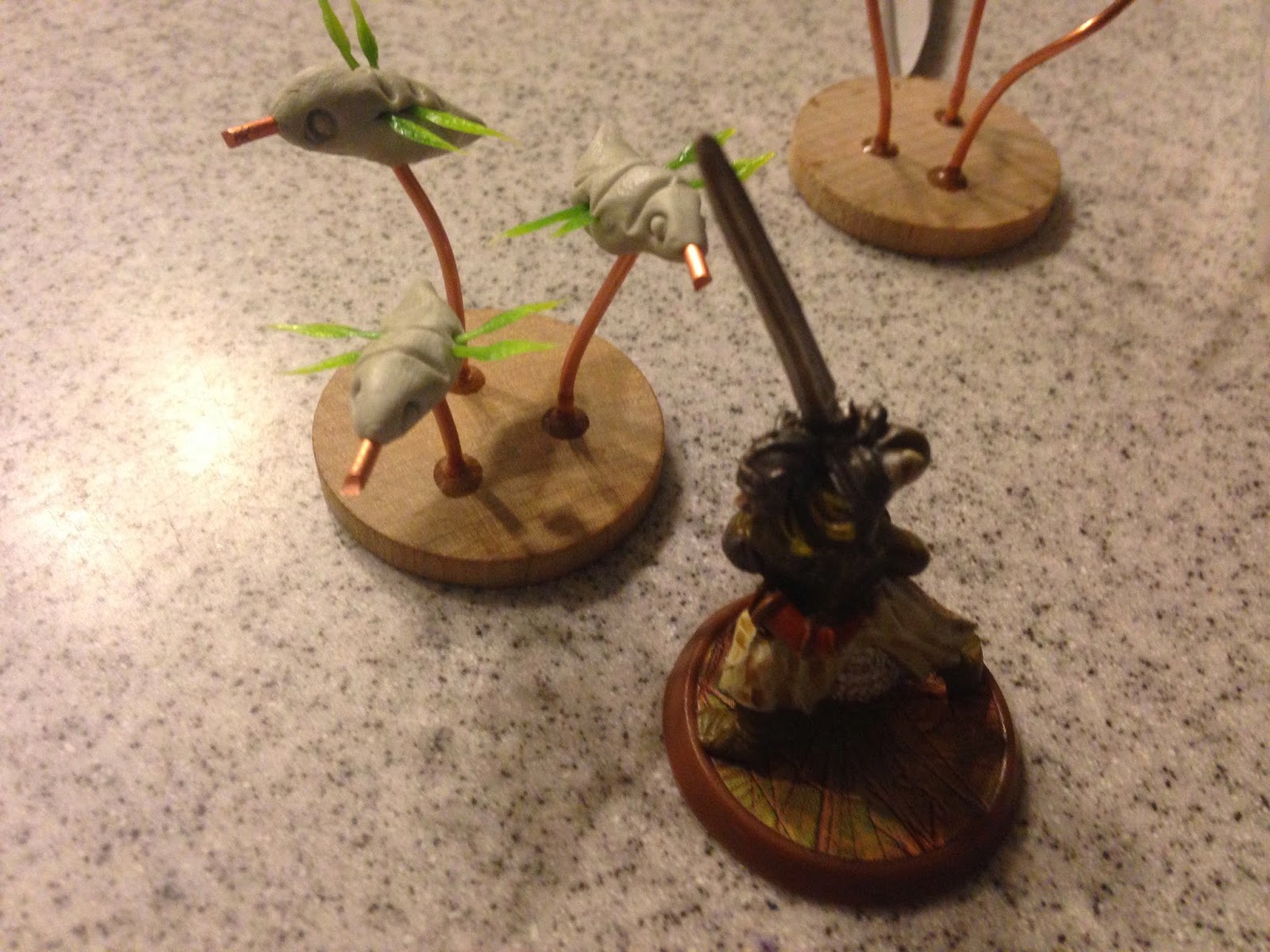 I may try to make them a little smaller, but heck, they look OK as is.

Those look great! I can't wait to see them painted.

they are nice. Something to consider next halloween is the sets of bats and other stuff table scatter (confetti) they sell nearly every where. Cut em in half and you have bat wings to stick in your clay..

Thanks all! I primered them yesterday.

@kokigami - I'll have to look for those!!

I made some out of cardboard and straight pins. Kept pricking myself as I moved them around to attack. Thanks for the idea to use wire.