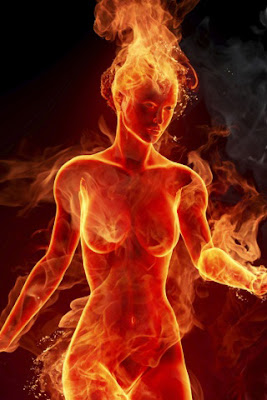 Get out of death free card? Good Stuff! :)

Is that fire nymph by Alexandre Salles? Check his stuff out, he does some cool comic book character illustrations.

I wrote about this session out of frustration a week or two ago. Check out my blog:
http://templesofposul.blogspot.com/2012/01/wed-night-game-night.html